Tarantino movies are always an event. And this, as it says in the opening credits, it his eighth. Bounty hunter John ‘The Hangman’ Ruth must get his captive to Red Rock but meets plenty of characters along the way. The Hateful Eight is another epic bloodbath from Tarantino. If you liked his first seven movies, you'll love this.

There aren’t many directors that can bombastically display self-aggrandising text over their movie’s opening scrawl. ‘The Eighth Film By Quentin Tarantino’ are the words emblazoned over a mountainous snow clad backdrop projected in super-wide Ultra Panovision. The camera slowly pulls back from a frost bitten large crucifix whilst the strains of foreboding strings gather like an oncoming storm. Everything is designed to say, ‘This is going to be an experience you won’t forget’.

Tarantino movies are always an event. After he exploded on to the scene with the edgy and homage laden Reservoir Dogs he has built a reputation as a director who wears his extensive influences openly, but throws in lashes of ultra-violence entwined with dialogue-heavy material. The Hateful Eight dials things back from his usual multi-setting plot switching to instead focus on ‘locked room’ formula.

Set sometime shortly after the US Civil War where frontier justice and bounty hunters are still rife, one such bounty hunter, John ‘The Hangman’ Ruth (Kurt Russell) has chained his murderess catch, Daisy Domergue, to his arm in order to get her to the town of Red Rock and get his reward. Domergue is played by Jennifer Jason Leigh from Atypical (review here). The wagon is stopped by ex-Union Calvary officer, Major Marquis Warren (Samuel L. Jackson) who needs a lift. Ruth is paranoid and edgy, but allows Warren onto his stagecoach. And thus begins one of only two settings for the movie to place its characters and slowly reveal their secrets.

The opening Act concentrates on building up the back story. Russell, who also stars in Bone Tomahawk, plays Ruth with determined no-nonsense pragmatism; not adverse to elbowing Domergue in the face and breaking her nose when she speaks without permission. Terse and tense exchanges reveal more snippets of character, as the stagecoach powers on ahead to try and beat the fast approaching blizzard. Half an hour of the movie has passed before our characters, along with new addition Chris Mannix (Walton Goggins) – a Confederacy supporting militia man who is apparently also the new Sherriff of Red Rock – arrive at a haberdashery to take shelter. Once there, the movie introduces the rest of the ‘eight’ and spends the next two hours staying put in the whiteout, with tensions and tempers brewing away.

It’s no surprise to learn that Tarantino also directed a live reading of an early version of the script because The Hateful Eight is set up very much like a stage play. The minimal backdrops; the slow revelation of character motivations and backstories; the long speeches. When Jackson delivers a long monologue about how he (supposedly) tortured, orally raped, and murdered the son of a Confederacy General in order to provoke the old man in front of him to draw his gun, the tension is utterly palpable. Despite being limited in scope, the signature dialogue of a Tarantino film remains prominent and distinctive.

This also makes for some flabby parts. Of the remaining ‘eight’, each will likely have a good speech but otherwise remain one-note and part of the furniture. When professional hangman Oswaldo Mobray (Tim Roth) espouses his views on the difference between slapdash frontier justice and civilised due process the words and performance is snappy. But thereafter he disappears somewhat from view. Señoir Bob claims he is looking after the haberdashery as owner, Minnie, is off visiting her mother, but his somewhat flakey version of events is only tested in one scene and then somewhat dropped until the explosive last act. For such a dialogue heavy film, most of the actual interesting stuff comes across in ‘moments’ rather than being a consistent feature.

Despite that, the two-and-a-half-hours run time does fly past due to a well paced increase in tension throughout. When we see a faceless someone poison the coffee and the screen is soaked with the subsequent vomiting of neon blood from a few of our unlucky characters, things start to unravel quickly. Jackson, predictably, steals the show is several places. He has shown in countless other films to be the master of enrapture when delivering a fiery speech or six.

Ultimately, The Hateful Eight is prime Tarantino. It benefits from the stripped back nature and also from acclaimed composer Ennio Morricone’s brooding and foreboding score. But it also suffers from the auteur director’s usual drawbacks. The ‘N’ word is thrown about like it is going out of fashion to the point of utter overuse (even if it is accurate that ex-Confederacy soldiers would refuse to break bread with freed slave counterparts). Domergue is punched in the face throughout with the camera lingering on her pain with barely concealed glee. One scene in particular has other characters revel in her suffering, even if she is a thoroughly hateful racist. Yes, you could argue that she is never sexualised and her gnarled words mean she has plenty of independent voice, but that doesn’t make it less questionable to glorify in an elbow crunching into her nose. And when the guns finally do come out, heads get burst in a vein much more akin to Scanners-esque gore than the hard-bitten westerns it is aping.

As the movie states so boldly right at the start, this is ‘The Eighth Movie By Quentin Tarantino’. If you have enjoyed his other work you will undoubtedly enjoy this also. Superb performances and great dialogue are coffee in the pot of enjoyment. Whether or not that coffee pot gets poisoned by his other typical elements is a matter of your tastes. 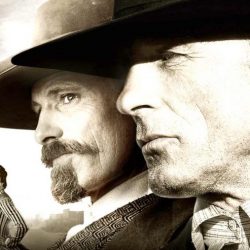 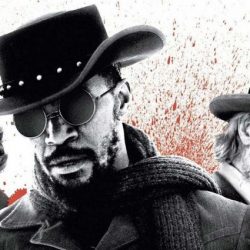 True and the Rainbow Kingdom

How To Become A Tyrant