Growing up in a dysfunctional and poor family, J.D. Vance is on the verge of making it out in the world when he has to go back and help his drug-addicted mother in Hillbilly Elegy. An inspiring and beautifully told true story.

Based on a true story, and one of the big hitters for Netflix in 2020, Hillbilly Elegy is the tale of one young man's attempts to succeed in life despite being raised in a highly dysfunctional family. J.D. Vance is being raised by his single mother Bev (Amy Adams, The Woman In The Window), a nurse who is doing her best to raise her two kids. However, her own tragic upbringing in an abusive household means that she never really gets it all together.

Bouncing from one terrible man to another and filling her days with an ever-increasing dependency on pills, things go from bad to worse until J.D. is taken in by his grandmother (Glenn Close). Despite being in dire financial straits, she at least has the ability to get him back on track and hopefully get him through school. And she does. She gets him all the way to Yale Law School. But on the verge of getting a much-needed paid internship, J.D. has to make a very difficult choice.

He has a make-or-break interview but back in Ohio, his mother has had another overdose and he is needed there. With almost no money he has to drive cross country to help her, despite potentially sacrificing his hard-earned job. On his side, begging him to not skip the interview is his girlfriend while his sister is desperate for him to step up and help her. And it's that struggle between his family and his future that really pulls you into Hillbilly Elegy.

Directed by Ron Howard, this is a generational drama that really tugs at the heart strings. Beautifully written and acted, it is a movie that champions triumph over adversity. And it does so without throwing the family under the bus. They are flawed but at their core, they are just trying to get by in very difficult circumstances. They're not bad people, they are simply surviving. But at what point do you have to stop enabling and put yourself first? That's Hillbilly Elegy in a nutshell and what an inspiring and honest nutshell it is. 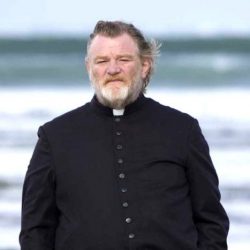