Director Scott Cooper has created a poetic film with tremendous beauty. This is not the typical western film, and in some ways, that may be disappointing to people expecting shootouts and action. However, the fact that it doesn't take the easy path is more reason to watch 'Hostiles'.

The story starts with an Army Captain (Capt. Joseph J. Blocker), who reluctantly agrees to escort a dying Cheyenne chief (Yellow Hawk) and his family back to their home in Montana Territory. The mission is set to be Blocker's last before he retires from the U.S. Cavalry.

The Army officer (played by Christian Bale) holds a deep-seated hatred for the Chief. Years earlier, during the Indian Wars, Yellow Hawk and his men murdered Blocker's comrades and friends.

As the film progresses, Capt. Blocker, Yellow Hawk and the small band of travellers come across Rosalee Quaid (Rosamund Pike), following the murder of her husband and children at the hands of renegrade Indians. The group are challenged by conflicts with the Comanche, racist landowners and brutal weather. For them to survive, they must overcome their inner demons and differences.

The cinematography by Masanobu Takayanagi is impressive, painting ‘Hostiles' into one of the most visually memorable films of the year. The landscapes are beautiful and do great justice to the epic feel of the film.

Christian Bale delivers one of his best performances since ‘The Prestige‘. He brings a great deal of depth to the role, and his portrayal is in perfect harmony with Cooper's vision. The supporting cast is also first-rate, including Chief Yellow Hawk, played by Wes Studi. In addition, Rosamund Pike is outstanding as Quaid, a woman who goes from victim to survivor.

Thematically, the movie is about accepting one's destiny and letting go of the past, which is a lesson that applies to both individuals and nations. There are also underlying allusions to religion and the conflict between Christianity and Native American spirituality. The Cheyenne chief speaks eloquently about his people's belief in a creator and the importance of family.

There are no heroes here, and hence no clear-cut message to convey. In that regard, ‘Hostiles' is utterly unique and different from anything else out there. Moreover, the movie deserves widespread appreciation for its storytelling craftsmanship and beautiful cinematography.

Overall, ‘Hostiles' is an emotionally charged Western with memorable performances and stunning cinematography. It does slow down occasionally, but overall this was a great ride. 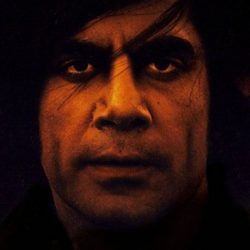