The girls all have different stories as to why they are there. Although a recurring theme seems to be just getting out of their home towns and seeking independence. Once they are living with Riley, he sets them up with jobs and drives them to shoots. All the while taking a cut of their earnings (of course).

To start with the documentary is predictable. The girls are easily exploited and even if they know this, the quick money dropped in their laps is enough to keep them going. But, as we learn the shelf life for ‘pro-amateur’ girls is very short indeed. “Most girls last 3 months,” says one male performer. Adding that three to six months would be a good run, and a year is best case scenario. And this is because this facet of the porn industry is only interested in fresh-off-the-plane youth. After being booked, the allure disappears, leaving the girls to have to turn to niches in order to keep earning.

And it’s in these niches where the women will find the seedy reality of working in porn. Hot Girls Wanted particularly focuses on one girl, Stella May. She starts a relationship with a guy who seems reluctantly fine with her work at first. But when the initial shoots stop being offered we hear his exasperation on the phone and she considers taking a $2,000 dollar bondage themed job. When we spend time with Stella’s family (her mother knows, her father does not) the reality of the risk she is in is even more clear. She isn’t on birth control (presumably due to the expense) and performers don’t use condoms. She is reliant on the withdrawal method to avoid pregnancy; always a shaky concept.

Indeed, we quickly learn how monetised everything is. Instead of contraceptives, a shoot will pay more for a Plan B ‘morning after’ pill in scenes where pregnancy would otherwise be a risk. “I got paid $100 extra and the pill costs $40, so I’m $60 up,” says one girl. Stella herself ends up in hospital with a painful vaginal cyst, the cost of which wipes out her profits.

Hot Girls Wanted gives plenty of voice to the women it follows. Most of the girls are fully aware of the risks involved. But somehow the power of youth seems to make them thinks it will all be ok. “I just want keep doing this!” one enthuses. But when the shoots start shifting to very unpleasant genres with verbal attacks and slaps across the face – even the most confident woman is left shaking. “I wasn’t sure if I was allowed to stop it,” says one. Stella goes to a party with her boyfriend and a guy there casually talks about putting her scenes on the big screen, despite their obvious discomfort. Once it’s out there, it’s staying out there. 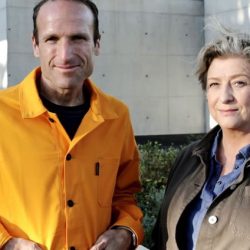 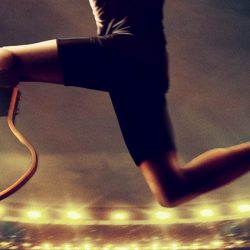