House of Gucci is a movie inspired by the true story of the family behind the world-famous Italian fashion empire. The cast includes big names like Lady Gaga, Adam Driver, Al Pacino, and Jeremy Irons. House of Gucci is a must-watch for fans of true crime dramas.

House of Gucci is a biographical crime drama directed by Ridley Scott, based on the 2001 book The House of Gucci: A Sensational Story of Murder, Madness, Glamour, and Greed by Sara Gay Forden.

WHAT IS THE HOUSE OF GUCCI ABOUT?

Initially, I avoided this movie because I expected it to be about fashion, handbags, and catwalks, which is not my cup of tea.

However, when I discovered it was actually about a true story of crime and family drama, I was intrigued and decided to give it a shot.

The movie is set in the 1970s, 1980s, and 1990s and follows the story of Patrizia Reggiani (played by Lady Gaga), who married into the Gucci family.

The film begins with Patrizia meeting Maurizio Gucci in the late 1970s; she works as a lowly office manager, and he is studying to become a lawyer.

Their relationship shocks the Gucci family, who suspects Patrizia is more interested in the family's fortune than Maurizio.

Maurizio must choose between a life of wealth and privilege and a life with Patrizia. They marry and have two children, and Patrizia soon realizes that the kids offer them a path back into Gucci.

Patrizia's unbridled ambition begins to unravel the family legacy and triggers a spiral of betrayal, decadence, and murder.

Think of a modern-day Shakespearean tragedy based on truth, and you have an idea of what this movie is all about.

WHO'S IN THE HOUSE OF GUCCI?

Lady Gaga is unrecognizable as Patrizia Reggiani and gives a career-defining performance. However, credit must also go to Adam Driver, who, as Maurizio Gucci, is the perfect foil to Gaga's Patrizia. The two have great chemistry on-screen, and their scenes together are fantastic.

A special mention must also go to Al Pacino, who has delivered his best on-screen performance in years as Aldo Gucci. Irons and JARED Leto are both excellent in their supporting roles, but Pacino and Lady Gaga steal the show.

HOUSE OF GUCCI: IS IT WORTH WATCHING?

House Of Gucci is not for you if you're looking for a fast-paced, action-packed movie. However, this movie will be right up your alley if you enjoy a slow-burn drama with great acting.

I was not expecting to like House Of Gucci as much as I did. I went into the film with low expectations, but I was blown away by the performances of Gaga and Driver.

House of Gucci is a well-acted and stylishly directed film that chronicles the tale of power, duplicity, death, and fashion. 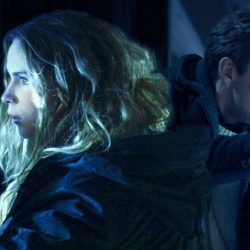