This brilliant dark comedy explores the desperate lengths that people will go to to be the best. Nominated for five Academy Awards - Margot Robbie and Allison Janney give outstanding performances in a hard-hitting biopic of Tonya Harding.

I Tonya follows the story of Tonya Harding from childhood to the 1994 winter Olympics in Lillehammer Norway. Harding hit the headlines for all the wrong reasons and became one of the most talked about people in 1994.

She was raised in a working-class family in Portland Oregon. Her mother, who was a waitress, pushed her daughter into figure skating at the age of three. She saw it as a way for her to rise out of the blue-collar lifestyle that she herself was stuck in.

She dropped out of school and focused all of her energy on becoming the best technical female skater in the world. But she faced a constant battle due to overriding class restraints of the skating world. At the time she was the second female ever to land a triple axel in competition. She was also the first American female figure skater to do it.

Her story of perceived white trash rising to the top through adversity made her incredibly popular with a huge section of the American populous.

Against all of the odds she won Skate America twice and came second in the World Championships. Expectations were high, but at the peak of her career, all this came crashing down in a spectacular way.

Her closest rival Nancy Kerrigan was violently attacked the day before the 1994 US Skating Championships. It turned out that the whole thing was a bungled attempt to scare Kerrigan.

Harding's husband Jeff Gillooly had set up a plan with Shawn Eckardt that had ended up with Kerrigan in hospital and the world's press had a field day.

Due to the extremely amateur way that the attack on Kerrigan was carried out, the FBI had little problem tracking down the culprits.

It was clear that Tonya Harding, played by Margot Robbie (Terminal) had some awareness of her husbands plans. Harding did compete in the 1994 Olympics and the whole world watched as she finished sixth with Kerrigan winning Silver.

All this ended with Harding being prosecuted and banned for life from figure skating. In a courtroom, with the worlds press watching, she pleaded with tears streaming down her face.

Now, this is without doubt one of the most bizarre stories ever in sporting history. There have been countless documentaries screened about what happened in the build-up to the Lillehammer Winter Olympics.

One particular documentary, The Price Of Gold had candid interviews with all involved. There were some extremely strange responses from the interviewees which inspired Steve Rogers to write the screenplay for the movie I Tonya.

Rogers observed the different responses from Harding and her ex-husband Gillooly. He focused on this to carry the storyline through the movie. Along with the brilliant direction from Australian director Craig Gillespie the end result is amazing.

The interview scenes carry the audience through the film brilliantly. They allow the audience to engage in a personal connection with the characters. This even extends into other scenes as Gillespie bravely allows the actors to break the fourth wall repeatedly, talking directly to the viewer down the lens.

The casting of I Tonya is nothing short of genius. Allison Janney was cast as Tonya Harding's violent and extremely abusive Mother. Her performance brought multiple nominations for Best Actress in a supporting role and she walked away with a Golden Globe and an Oscar.

Steve Rogers specifically wrote the role for Janney. She almost steals the show in this film. She is brutal at times but the interview scenes with her hooked up to an oxygen tank are brilliantly laced with dark funny moments too. Margot Robbie who also stars in Suicide Squad (review here) co-produced this film.

She also plays the lead as Tonya Harding. There is no doubt that this film puts her right up there as one of the hottest actors available today. She grabs this role with authority and gives the performance of her career so far. Her portrayal is both gritty and realistic but the narration provided throughout weaves everything together brilliantly.

Other standouts are Sebastian Stan playing Jeff Gillooly and Paul Walter Hauser playing Shawn Eckardt, both great in their roles.

The film bangs along at a fantastic pace. Two hours just fly by backed by a fantastic soundtrack that binds the whole thing together perfectly. The choice to make the film in a pseudo-documentary style is really what ties this whole film together.

Overall this film is an unexpected delight for me. Even after watching the trailer and knowing the awards this film had received I really did not expect it to grab me in the way that it did.

It is brutally honest with the content whilst supplying the more bizarre elements of the story. Get your skates on and head to Amazon Prime, I Tonya is an inclusion to your subscription – Strongly Recommended. 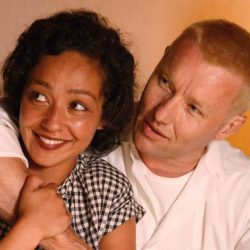 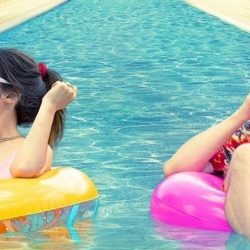