Captain JJ Collins is in charge of the interceptor base in the middle of the Pacific Ocean when a coordinated attack then threatens the base and the world. An all out action-packed blockbuster style movie.

Netflix may have dominated the true crime documentary market but it hasn't escaped our notice that they also make some fantastic action movies. And Interceptor is one of them.

Directed by Matthew Reilly, Interceptor follows an Army captain who must use her years of tactical training and military expertise when a simultaneous coordinated attack threatens the remote missile interceptor station she is in command of.

To put that in simple terms, Captain JJ Collins (Elsa Pataky) is put in charge of a remote missile station when Alexander Kessel (Luke Bracey) tries to overtake it and set off the nuclear missiles. And she must stop him.

But of course, that's the overall plot, there is actually more to the story.

Captain JJ Collins is in charge of the interceptor base in the middle of the Pacific Ocean after she is wrongfully drummed out of her dream job at the Pentagon.

When a simultaneous coordinated attack then threatens the base itself, Collins comes face-to-face with the charismatic yet crooked Alexander Kessel.

Kessel is a former US military intelligence officer intent on carrying out an unthinkable plan. Along with six other terrorists, they seize the vessel and try to take command of the interceptor.

Taking over sixteen nuclear missiles their aim to is cause maximum destruction by destroying cities around the world in a violent coordinated attack.

So with only minutes on the clock, Collins must utilize her years of tactical training and military expertise to determine who she can trust.

And of course, stop Kessel and his covert mercenaries from completing their twisted and terrible mission.

Is Interceptor On Netflix Worth Watching?

Action-packed with a decent storyline plot, Interceptor is a solid action movie and definitely worth a watch if you are into this genre of movie.

Interestingly, it feels like Chris Hemsworth should be in it. Then of course you realise that he executively produced it so you definitely feel his influence – which is not a bad thing.

Elsa Pataky (Tidelands and also Chris Hemsworth's wife) is excellent and has a real Noomi Repace vibe about her which just adds to the overall performance. Basically, she is a total badass.

Australian Luke Bracey (also on Netflix in Holidate) can really turn the villain on which is good because usually really good looking people play heroes – not here!

If there was one criticism, it would be that Interceptor is a little contrived but then action is an all-out action flick so what do you expect!

The good news is that you don't have to wait long for the movie because Interceptor debuts on Netflix on June 3rd 2022.

Run time is just over an hour and a half so sit back, relax and be prepared for a lot of action.

Cast of Interceptor Movie On Netflix

Given the whole movie is set on a remote missile base in the middle of the ocean, the cast is pretty limited.

That said, when the cast is small the burden to really step your game up and make the film work really falls on the shoulders of the actors and actresses involved.

Filmed on location in New South Wales, Australia, it was produced by Michael Boughen, Matthew Street and Stuart Beattie. 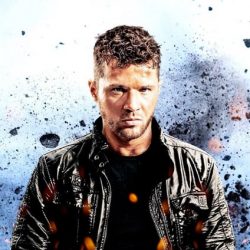 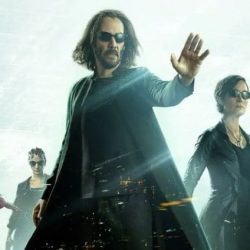 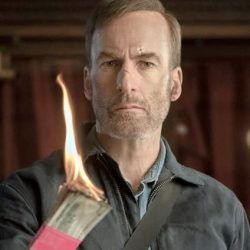