An amazing but tragic true story, Into The Wild is an adventure based on the life of Christopher McCandless, directed by Sean Penn. A great story for all of those with a wild and adventurous spirit.

Into the Wild is the screen adaptation of the book written by Jon Krakauer. Krakauer originally penned an article in Outside magazine but became so fascinated by the incredible back story that he released the best selling book Into the Wild in 1996.

This is the story of Christopher McCandless. Brought up in a wealthy American family, his future was bright. But, not long after graduating with double majors, McCandless turned his back on the materialist life that he had become so frustrated with.

He donated his life savings to Oxfam, cut up his credit cards, then took off on the road changing his name to Alexander Supertramp. Full of passion for his new adventure, he eventually ended up deep in the Denali region of Alaska. But, did he take his dreams too far, wrapped up in his romantic notion of cutting away all things and living hardcore?

It's fair to say, that many people have dreams of cutting loose and heading off on an endless adventure. This certainly resonated with the producer and director Sean Penn (The Gunman). Penn also wrote the screenplay, which displays his devotion to the story and this film. He does succeed in delivering the story with tons of passion and all set off beautifully with the backdrop of the incredible American Wilderness. He captures the humanistic needs that drive McCandless on his path wonderfully. But maybe a little too much. The tale is a little one-sided and does get a lost in the romance.

On top of the beautiful cinematography, Into the Wild has possibly one of the best and most haunting soundtracks ever made. If you are a fan of Eddie Vedder, then you will love the music. Vedder composed a number of incredible songs for the film which contributes significantly to the experience of the film.

It goes without saying that Chris McCandless, is a tremendously complex character. But Emile Hirsch does a great job cast in the lead role. For me, this is certainly his career-best performance so far. There are some solid performances from the supporting cast too. But by far the most touching and sincere performance comes from Hal Holbrook. He deservedly went onto be nominated for several awards for the best supporting actor in Into the Wild.

Now, I have to say that I was a big fan of the book and there are some inconsistencies between the book and the film. However, do not let this put you off. Into the Wild is a complex story but delivered in an inspiring way. Yes, it's hard to believe that anyone would do the things that Christopher McCandless did. But, he did and that's what makes the story so amazing. A magic film with a ‘Magic Bus'. 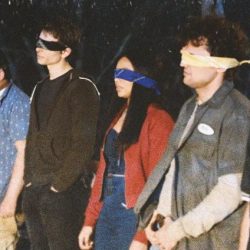 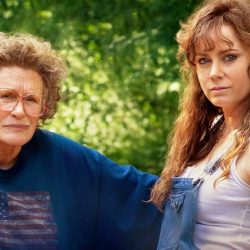