Is It Cake? ups the ante in baking skills asking its very talented bakers to battle it out, creating incredibly life-like cakes. Mixed with a gameshow format and with cash on the line, it's good but only because the cakes are amazing.

The internet is awash with videos of, say, a radio, or a tin of beans, or someone’s leg, and then the massive knife comes down and WAIT DON’T DO THAT AND OH MY GOLLY THAT’S CAKE! It never ceases to be amazing how lifelike these magicians of marzipan can go.

For a period on Twitter people doubted the true existence of anything, permanently asking if all and sundry were actually cake. You know what is also very very popular? Baking shows. You can see where this is going.

That it has taken this long to make a show called Is It Cake? is actually astonishing, given the sheer volume of cake making shows that exist. Baking Impossible upped the stakes with such challenges as ‘make a skyscraper cake that can withstand a simulated earthquake’.

The aforementioned continual amazement of cake illusionary would imply that Is It Cake? can’t help but be a hit.

At its core, Is It Cake? still retains that skilful wow factor. The problem is how to transplant that into a gameshow format, which the show clearly struggles with.

The presenter is Saturday Night Live regular Mikey Day whose hosting style is to overegg absolutely everything, rolling out even the mildest joke (natural or forced) until the d’oh is stretched to breaking point.

Equally tortuous is the haphazard gameshow format itself. Is It Cake? is ostensibly a competition but not all the contestants get to compete equally.

Nine highly skilled cake artists are battling it out, but to get a chance to actually play they must first examine the “cake wall” to discern the imposter, from a distance, in a very short amount of time.

This whittles them down to three bakers who must replicate the item in cake form in order to fool a panel of three celebrity judges when said judges too face the cake wall.

The next episode spins the wheel again. And somehow they win money along the way.

Confused? I certainly was. Especially so because if the judges guess correctly then they also must eat the cakes to decide which they prefer.

Considering very few of the judges have anything to do with food (although apparently, a lot to do with other Netflix shows they are at pains to promote), this part feels like a flip of the coin to try and pay dues to the actual baking part of the baking show.

The contestants themselves are the usual reality show grab bag. A selection box that mixes up sweet people, forgettable faces, and larger than life characters. One young baker says some rather obliviously rude things about a middle-aged competitor, but then later he is mocked for not knowing what a Walkman is, so no-one comes out of that particularly well.

Is ‘Is It Cake?' Worth Watching?

Is It Cake? doesn’t win you over, particularly with the bakers, or wanting to eat the cakes, or the host, or the format.

And yet it just about continues to be watchable because, like Making Fun, the artistry involved in making these bafflingly realistic cakes is ceaselessly stunning. That isn’t a wooden duck. This isn’t a chess set. The coconut is not so. They are all CAKE. How?!

Is It Cake? shows you how. Despite stringing together 10-second internet bliss into a laboured 40-minute gameshow it just about manages to come out of the oven and fill your nose with that heady smell of wonder.

Now, if you will excuse me, I’m off to stare hard at myself in the mirror for signs of frosting. 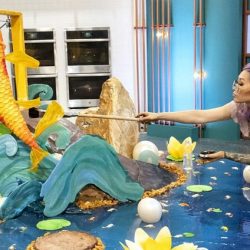 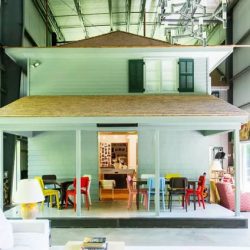 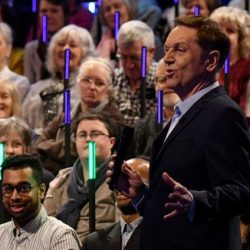