A fun and light-hearted Anime series that's like a mash-up of Greek mythology and an online multi player game. Easy to watch even if it does have a little too much 'fan service'!

The old adage is ‘never judge a book by its cover’. Yet the proliferation of streaming entertainment services appeals to just that instinct. Very clever people professionally known as ‘attention engineers’ earn their big bucks by ensuring that a combination of layout, artwork, and synopsis make us leap to an immediate judgement. Thus, I tuned in to watch the anime series Is It Wrong to Try to Pick Up Girls in a Dungeon because, well, that’s a great name for a show. And the artwork looked amusing. And it was everything I both hoped and feared it would be.

In the town of Oraario Bell Cranel is a 14 year old adventurer in a world packed with many other, better, fighters. While sobbing for his life after being ambushed by some escaped minotaurs (or ‘a snarl of minotaurs’ as a non-exhaustive internet search suggests the collective noun to be) he is rescued by the elusive Ais Wallenstein, a beautiful woman whose deadly skills with a sword are widely renowned. Bell immediately falls in love with Ais and dedicates himself to training hard in order to impress her, blissfully unaware that he is also getting the attention of many other women enamoured with his likeable earnestness.

One such woman who harbours a blatant crush on Bell is not even technically a woman, but a god. Is It Wrong to Try to Pick Up Girls in a Dungeon (IIWTTTPUGIAD from now on…then again, maybe not) pulls material primarily from the sources of Greek mythology and the logic of MMORPG video games (Massively Multiplayer Online Role Playing Games – World of Warcraft being the classic example) and Bell fights for the Goddess Hestia. Except this Hestia is about as far removed from the Greek pantheon as you can get. She is irritable, at the mercy of her many waves of emotion. Infatuated with Bell, the diminutive Goddess keeps track of his stats and fighting level while relaying the information in her bubbly and busty way.

If my sudden mention of breasts in that last sentence stands out as weird (which I hope it does) then rest assured it is deliberate and I have a point. If you watch a decent amount of anime then you might hear the term ‘fan service’ thrown about. This is a derogatory term used to describe a series that either subtly or unashamedly throws in cutesified sexualisation of its female characters. So we are talking overly bouncy bosoms. We are talking skirts that fly up to reveal underwear. We are definitely talking scenarios where a male character will accidentally fall face first into a woman’s ample chest. To say that this show has fan service aplenty is to say that bears like to take packs of toilet paper into the woods.

If the fan service was just the pervy icing on a misogynistic cake then review over: avoid this show. But frustratingly, there is plenty enough to like in *deep breath* Is It Wrong to Try to Pick Up Girls in a Dungeon *breath out*. In fact, the title is pretty much a misnomer. Bell never once tries to pick up a girl. His attraction to Ais bears out minimally as she is a blank slate ‘warrior’ character who learns to respect him. You could eye roll that every female character is attracted to Bell, but as the character is so honestly likeable it works out fine. Such drivel as – no joke – the Goddess Hestia using her large breast size as a winning point in an argument with another Goddess is utterly unnecessary when everything else works as a light-hearted adventuring romp.

A gaggle of other characters flesh out the world and tick a couple of usual bases: sly thief with heart of gold / rich but bored agent provocateur / bursting with energy muscle guy / craftsman who gave up the craft because of Reasons. The second clutch of episodes pumps in enough new blood to keep the show interesting and give Bell some personal challenges as his physical abilities increase exponentially. It’s revealed early on that Bell ‘level’s up’ exponentially faster when fighting for something he believes in, and once he gets the special ‘hero power’ that ends any fight some dramatic impetus is inevitably lost, so the troupe of adventurers around him help keep things interesting.

Is It Wrong…is essentially a well scripted and funny show with sweet characters and exciting battle animation that suffers from the disappointingly immature need to jiggle lady body parts and treat male characters peeping at women bathing as cheeky chap behaviour rather than reprehensible. Whether or not this means you stand up a dungeon date with this show is up to you. 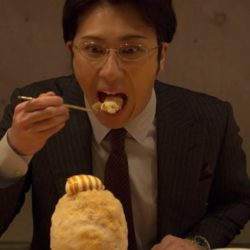 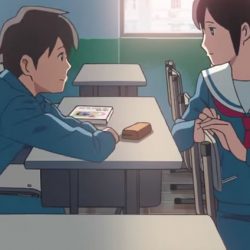