Welcome to Jumanji where four teenagers get sucked into a magical video game, becoming the avatars they have chosen, and the only way they can escape is to work together to finish the game. An action-packed adventure comedy starring Dwayne Johnson and Kevin Hart.

At the time of writing, Jumanji: The Next Level is receiving a rolling release around the world so sensibly, Netflix has added the franchise saver ‘Jumanji: Welcome To The Jungle’ to their roster for those who missed it the first time around.

Starring Dwayne Johnson (playing against type), Kevin Hart, Jack Black, and Karen Gillan, it is time to re-enter the deadly game that first invited us to playback in 1995.

The movie opens with a selection of ‘short hand’ scenes so that we can get to know the types of characters we are dealing with very quickly. Nerdy Spencer (Alex Wolff) and jock Fridge (Ser’Darius Blain) were once best friends, but now Fridge is using Spencer to do his school papers. Bethany (Madison Iseman) is self-obsessed, popular, and never away from her phone. Martha (Morgan Turner) is shy but sardonic, keeping others at bay. They all get stuck in detention together before the drums of Jumanji (now in video game form) summon them into its deadly jungle.

Once inside the game, our four young cast members inhabit the bodies of their chosen game characters. It’s a shame the young cast is unceremoniously dumped to be replaced by Hollywood A-Listers but then, of course, this is where the humour comes from. Cowardly Spencer is now Dr Smoulder Bravestone (Johnson)! Huge athlete Fridge is now the diminutive ‘Mouse’ Finbar (Kevin Hart, Me Time) whose many in-game weaknesses include ‘strength’ and ‘cake’! ‘It’ girl Bethany is shocked to find herself possessing a middle-aged overweight man avatar (Black), whilst wallflower Martha is ‘killer of men’ Ruby Roundhouse (Gillan).

The cast replacement is an A* joke that keeps being funny throughout the whole movie. The very amusing video game ‘strengths and weakness’ (“How in the hell is ‘strength’ a weakness?!” complains Fridge) is constantly referenced for a gaggle of great scenes.

Who wouldn’t want to see Karen Gillan ‘dance fighting’ to ‘Baby, I Love Your Way’ by Big Mountain? Dwayne Johnson using his famous bulk to play against type and be terrified of squirrels is a joy.

Special praise must also be given to Jack Black for acting entirely convincing as a teenager who lives in her ‘pretty girl’ bubble, but without reducing his performance to an OTT paper-thin insult.

Plot wise, Jumanji: Welcome To The Jungle is much more a set-piece playground than its predecessor. It is a backdrop for the characters to have their respective arcs which are thin, but still engaging.

It is certainly refreshing that Spencer’s storyline about finding his inner bravery also revolves around how a friendship has drifted apart. During 80s and 90s movies, the lead underdog character would almost always have stock ‘bullies’ to rally against.

Similarly, Bethany is treated with respect by the script so that instead of going for the ‘drag down the bitchy girl’ trope we instead see her take on criticism and grow from it, whilst also enjoying her being utterly enthralled by suddenly having a penis to content with…

When Jumanji: Welcome To The Jungle was announced, I confess my response was a cynical one. Even the casting of the permanently likeable Dwayne ‘The Rock’ Johnson wasn’t something that particularly made me want to revisit a world and story already successfully told.

The movie does have flaws. Villain Van Pelt (Bobby Cannavale) is just 2D ‘evil’ and only pops up occasionally to move the narrative forward. There is certainly nothing as compelling as Robin Williams’ Alan Parish working through his father issues with Jonathan Hyde’s excellent performance in the original.

But what we do have is four focused characters who grow come the end of the movie, plus a whole overgrowth of fun and laugh out loud vines to pull on.

I had a whole bunch of fun watching Jumanji: Welcome To The Jungle. It devoured my expectations like an angry hippo lunging from the lake and come ‘game over’ I wanted to Press Start one more time. 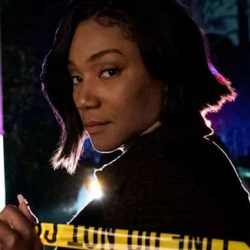 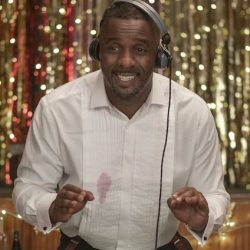 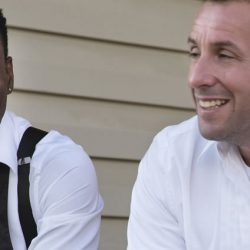