Sheldon Sampson is The Utopian, the leader of The Union, and one of the first six Superheroes ever created in Jupiters Legacy. But how did they get their powers and with time running out who will take over as leader?

There have been plenty of Superhero origin stories. Though to be fair, most of them are just an intro to a bigger movie or ‘Universe' and few are ever the actual point of the show you are watching. Not so with Jupiter's Legacy which puts the creation of the heroes at the front and center of this Millarworld production for Netflix.

What we get is modern-day (set slightly in the future) with an aging set of superheroes. Sheldon Sampson (Josh Duhamel) is The Utopian. He is the uber moral leader of The Union, an organisation that oversees all of the ‘good' superheroes. He is married to Grace (Leslie Bibb), aka Lady Liberty. His brother is Walt (Ben Daniels), known as Brainwave and together with George Hutchence (Skyfox), Fitz Small (The Flare) and Richard Conrad (Blue Bolt), they make up the original six superheroes.

As they have gotten older, they have their own children who have inherited most of their powers. The problem is that many of the younger members don't respect the code or have any interest in following in their parent's footsteps and therein lies the issue. The villains are getting more powerful and the heroes are struggling to contain them.

In between the modern-day scenes the story flips back to the 1930s when the Sampsons owned a powerful steel-making company. Having leveraged the business to expand, everything comes tumbling down because of the Wall Street Crash with Sheldon and Walt's father committing suicide, leaving them to pick up the pieces. Thinking he is having a breakdown Sheldon starts hallucinating about an island and despite his deteriorating mental state manages to convince the others to journey with him to find it.

And find it they do. It is here, having survived the trip that our intrepid explorers are turned into superheroes. The optimism of the early days runs parallel to the chaos of modern-day and in series 1 very little is done to fill you in on where so many things went so wrong. With a gap of 120 years between events, there's a lot of back story yet to come. Not least of which is the creation of the villains and the resolution with the younger members.

But what sets Jupiter's Legacy apart from other Marvel/DC Universe productions is that this is much more of a drama than an action series. Sure, there are some good fight scenes, but they are few and far between. In fact, more time is spent on the inter-connecting relationships between family members and this leads us to Chloe – Sheldon and Grace's daughter. As irritating characters go she really is up there. She is the embodiment of ‘Daddy issues' – spoiled, self-destructive, vacuous, and very unlikeable. No doubt she'll be back for season 2 to annoy us even more!

Despite that, Jupiter's Legacy is very good. There's a lot happening in the first eight episodes and plenty of plot turns to keep you on your toes. The twist at the end sets up season 2 nicely but when that will hit our screens is anybody's guess. 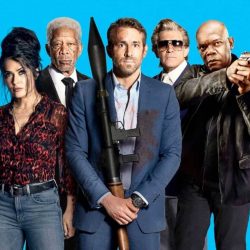 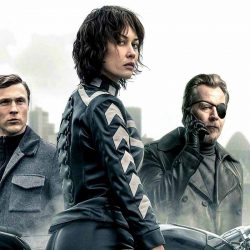