Teaching history to kids can be a nightmare. But Kevin Hart cuts through all the boring bits leaving a fascinating collection of stories about unsung black heroes. It's funny, engaging and very interesting whether you're an adult or a child making it perfect for family watching.

Kevin Hart's Guide To Black History is a really terrific programme for kids and families. Often explaining history or famous historical figures to kids can be difficult. Sometimes it's because we don't have all the information. But frequently, it is because kids switch off so easily. But Kevin Hart manages to cut through all of the usual boring bits. What we are left with are very concise and well-explained mini-biographies of famous Black Americans. Many of whom never got the credit they deserved for their accomplishments.

Rather than look at more famous examples of well-known figures, Hart decides to dig a little deeper. It starts with Hart's daughter, played by Saniyya Sidney, becoming very angry when watching 12 Years A Slave. In a bid to show her there is more to Black history than slavery, he decides to tell her about all of the major accomplishments of others, that she may not be aware of.

There are amazing and inspiring stories from people who showed courage and determination in the face of untold adversity. They are the unsung heroes in the world of medicine, arts and space exploration, to name a few. But the genius in Hart's approach is that it is all done with fun and interesting facts. Each person's story is accompanied by sketches with a few well-timed jokes thrown in. His daughter trying to tap a book to open it like it's an iPad is hilarious.

He details the life of Mae Jemison, the first female black astronaut. Growing up in a time when women were encouraged to do little beyond becoming a good homemaker, Jemison dreamed of going into space. Undeterred by the lack of support, Mae went to Standford University and aged 16 and where she received a degree in Chemical Engineering. Eventually, NASA gave her a shot and in 1992 she became the first black woman in space.

Hart also overs the lives of Robert Smalls, Joe Lewis the boxer, singer and spy Josephine Baker and aviator Bessie Coleman. Each is fascinating and interesting with just enough information to really resonate with kids. And there are plenty of well-known faces in the sketches including Tiffany Haddish.

Informative, fun and well worth watching. If you're looking for something to watch with the kids then definitely check out Kevin Hart's Guide To Black History. 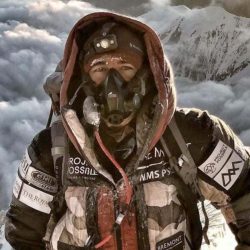 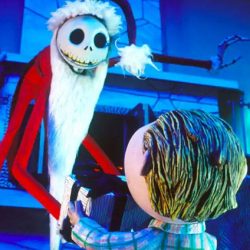