A true story about one of the biggest robberies in history and packed full of British acting talent. This film has everything going for it but somehow fails to deliver in every way possible.

King of Thieves is based on the Hatton Garden Burglary. Possibly the most lucrative heist ever made on British soil. All planned and executed by a group of aging thieves. Each with an impressive resume, listing a back catalog of robberies and serious crimes that go back many decades.

This Dads Army team managed to walk away with at least £14 million, from the Hatton Garden Safe deposit box facility in London. Although, it is said that the total value could have been more like £200+ Million due to the number of floorless diamonds that were taken. It's fair to say that this story has everything going for it to make a classic British heist movie. But sadly this is not what we get at all.

King of Thieves is directed by James Marsh. The multi-award-winning talent who brought us Man on a Wire and The Theory of Everything. However, the visual delights that are such a part of The Theory of Everything are very much lacking in this film. In fact, the whole feeling of the film is like a mid-range TV production. Never capturing any of the magic that you will find in Marsh's other films.

At first glance, this is the sort of film that is a must-watch. Not only does it have a great Director and production team. But has a great list of some of the biggest names ever from British cinema. The promotional poster boldly lists – Michael Caine, Jim Broadbent, Ray Winstone, Michael Gambon, Tom Courtenay, Charlie Cox and Paul Whitehouse. So with a cast like that, it has to be good – right? Well, no is the answer. None of these cinematic greats is allowed to flow at all and some are terribly miss cast. Jim Broadbent plays the violent aggressive member of the team but is not convincing at all. It seems James Marsh chose to give too much focus on their age. Which results in the whole thing becoming like a feature-length Last of the Summer Wine.

As a big fan of most of the actors, I really wanted this film to work. But it has to be said that everything about this film feels pedestrian. In fact, at times it is less than pedestrian – we are talking zimmer frame needed here. The whole thing seems so casual and I'm not sure why. Because I can't believe that not one of these actors can no longer give a powerful performance.

Overall though, the story is very detailed and factual. Perhaps too much focus was placed on the details. The end result is quite believable, even if it is totally void of any energy. So to conclude, I would say that if you are a huge fan of the lead actors, you may enjoy their performances. But for me, this felt like a story about old past it men doing one last job. Sadly performed by old men who looked like they were in it for one last easy paycheque. 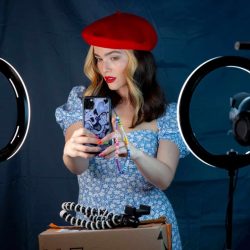 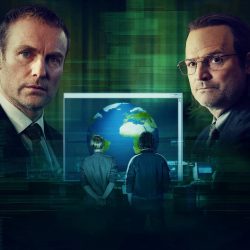