Calling all murder mystery fans for the best whodunnit in years. Knives Out intricately unfurls a web of lies and deceit to determine if multi-millionaire Harlan Thrombey was murdered by one of his greedy family members, or if he committed suicide. You will be glued.

If you're looking for an impeccable whodunnit then Knives Out is a great choice.

Filmed in the style of a classic Poirot or Agatha Christie movie but set in the modern day, Knives Out is bursting at the seams with an all star cast.

What Is Knives Out About?

The plot is simple. Patriarch to the Thrombey family, wealthy crime novelist Harlan Thrombey (Christopher Plummer) dies on the night of his 85th birthday. Surrounded by friends and family, initially, the death is considered a suicide.

However, master detective Benoit Blanc (Daniel Craig) has been hired to look deeper into the case. His anonymous client believed that Harlan was murdered. The last person to see Harlan alive was his nurse and confidant Marta (Ana De Armas).

As the investigation unfolds, it becomes apparent that each member of the family had their own reasons for wanting the man dead.

His son Walt (Michael Shannon, Pottersville) was in the process of being fired from the family company. His daughter-in-law Joni (Toni Collette, Unbelievable) had been stealing money from him.

Grandson Hugh Ransom (Chris Evans) was being cut out of the will and son-in-law Richard was about to be outed for having an affair. Everybody except Marta either wanted his money or wanted him dead.

So how did Harlan Thrombey actually die? Did he commit suicide or was he murdered?

Is Knives Out Worth Watching?

That is the question that keeps you glued throughout the two hours of Knives Out from director Rian Johnson. And it whizzes by.

If you're a murder mysteries fan, then you will spend most of the time looking for clues. Be warned though that unless you're some kind of super sleuth, you will find it near impossible.

Devoid of the usual old murder mystery tropes, it makes brilliant use of the stellar cast, giving each a well-rounded character that is both believable and yet highly suspicious at the same time.

That is the beauty of this film. It isn't cliched or predictable and writer/director Rian Johnson (Star Wars: The Last Jedi) has created a superb mystery drama that will keep you guessing until the end.

On the back of such universal acclaim and a huge box office success, it was only a matter of time before Netflix got their hands on a sequel.

And they did in March 2021, when they bought the rights to TWO sequels to Knives Out fora whopping $469 million.

The first is Glass Onion: Knives Out, written by director Rian Johnson but with a new murder for Benoit Blanc to solve.

Tech billionaire Miles Bron has invited his friends for a getaway on his private Greek island. When someone is found dead, the detective must peel back the layers of a new mystery.

Glass Onion: A Knives Out Mystery had its world premiere at the Toronto International Film Festival in September 2022.

It is scheduled to be released in select cinemas in November 2022. The Netflix release date is December 23, 2022.

If you loved watching Knives Out and you want a few more whodunnits to add to your watch list then check out our recommended list here. 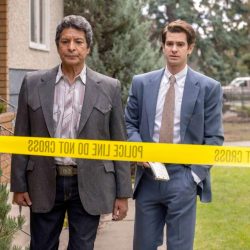 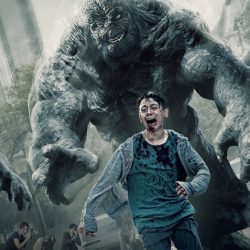