Set in Sacramento, 2002, 17-year-old Lady Bird dreams of escaping her mundane life and financially troubled family in this coming of age story from Greta Gerwig.

Now available on Netflix, Lady Bird is the Greta Gerwig directed movie that earned five Oscar nominations including Best Picture Of The Year, Leading Actress, Supporting Actress and Best Director. So of course, hopes were high that it would live up to its reputation. This is a coming of age story, set in Sacramento in 2002. Lady Bird (Christine) is about to finish high school and is applying to colleges, and in the process, trying to get as far away from her family as possible. But, like a lot of teenagers, she seems incapable of recognising how little her family can afford a fancy out-of-state college and pursues them none the less.

This, of course, causes nothing but friction at home, with her Mother, expertly played by Laurie Metcalf, in a never-ending daily battle with Lady Bird about the choices she is making in her life. But Lady Bird knows better. So she plows on regardless, even roping her Father into re-mortgaging their house so she can go to New York. However, in the midst of all this is Lady Bird's pursuit of Kyle Scheible (Timothée Chalamet), her latest crush. In her bid to get closer to him, she ditches friends, lies about where she lives and manipulates her way into his social circle, all the while believing that if she can somehow end up with him, all her life's problems will be solved.

But nothing in life is that simple and Lady Bird soon finds out that the grass, no matter how far away it is, is not greener. Lady Bird is the kind of movie that resonates simply because it is so relatable. The arguments with her mother, the unwavering confidence that she knows best in every situation, the desire to escape reality, dreaming of being wealthy and problem-free, we've all been there. Directed by Greta Gerwig, Saoirse Ronan plays the role superbly. Almost to the extent that she is quite unlikeable. Then again, maybe her portrayal of unappreciative Lady Bird is so realistic and spot-on that it reminds us of ourselves as teenagers and it's not pretty. 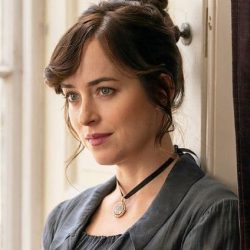 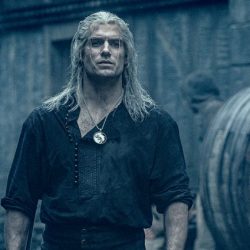