Last Night in Soho follows an aspiring designer who is mysteriously able to enter the 1960s in her dreams. But the glamour is not all it appears as the past starts to splinter into something darker.

Memory is fickle, especially when it enters a collective consciousness. Human nature loves stories and will rewrite and retell the narrative over and over to ensure that any uncomfortable truths that don’t fit are left in the gutter. Last Night In Soho strives to both be a celebration of the swinging 1960s, and a revulsion at what lurked just behind the curtains.

What Is Last Night in Soho About?

Last Night in Soho follows the story of young and naïve Ellie Turner. Obsessed with the 60s, Ellie (Thomasin McKenzie) packs up her record player and moves from her rural family home to Soho to study fashion, eventually settling into an old flat run by the elderly but savvy landlady, Ms Collins (Diana Rigg).

Yet Ellie has a mysterious connection with the spirit realm, exacerbated by the history of her new flat. She soon starts to dream of herself living as Sandie (Anna Taylor-Joy), a confident and ambitious young woman who lived in Soho in the 60s.

In her dreams, she witnesses Sandie strive to become a performer in Soho’s top clubs, and take on the sleek and slippery Jack (Matt Smith) as her manager to achieve this.

Last Night In Soho takes great pleasure in writhing under your grasp, impossible to pin down.

From this fish-out-of-water beginning, the story slinks through a smeared dream of the glamourous highs of Soho – all resplendent with to die for clothes and rich furnishings – into an investigative mystery, before finally screaming into out-and-out horror.

The movie is saturated in glorious cinematography (courtesy of Chung Chung-hoon) with neon hues that bathe everything in otherworldly colours. The transitions between the two as the action melts from the comparatively drab modern to a time overflowing with pop culture cool is a delight to watch.

Yet just under the surface, the 60s were a horrible time for young women seeking fame and fortune, and the manipulation of Sandie under Jack – all experienced by Ellie in ways that start to manifest in her own life – take darker and darker turns.

Wright tries to strike a balance between revelling in the era he loves so much and using genre cinema to stylistically entrap the audience within a nightmarish flip of the coin.

This approach is a triumph for the eyes but it does leave the pacing of the plot and the characterisation lacking.

Sandie lacks any real agency; her bright young thing start switches over to exploitation and stays there as a plot driving vehicle, ironically exploiting her still further by robbing her of much voice.

Similarly, Ellie’s increasingly frantic efforts to investigate what happened to Sandie and track down a mysterious Jack-like figure (Terrance Stamp) who has been leering around her streets, switches out her initial character work for the woman descending into madness trope.

It’s effective in carrying out the amorphous needs of the film, but feels like she could have been replaced by anyone to achieve the same result.

Is Last Night in Soho Worth Watching?

It isn’t just the female characters that fall foul of being sacrificed to the alter of style. Whilst most scenes in the past by necessity have an unfocused dream-like quality (especially as visions of the past start to crash into Ellie’s reality), Smith’s strong introduction quickly falls by the wayside.

His Jack is a cruel distillation of those who see opportunities rather than people when young women cross their path, but after some darkly vulpine close-ups he descends into a nightmarish ghost only; appearing through the haze of a scene to shout threats before melting away in the transitions again.

The middle of the film struggles to keep momentum due to this loss of characterisation, but Last Night In Soho styles it out with a truly grotesque collapse into horror.

Once the extent of Soho’s violence to its inhabitants is known, Ellie can hardly move for snarling ghouls of the past clamouring for her attention.

The warping camera angles and floorboard rattling insistency of it all makes for edge-of-the-seat stuff as Wright lets loose his inner cinephile and chucks a bucket of b-movie referencing action at the screen.

Last Night In Soho is one further step in the direction of the journey that Baby Driver squealed towards.

Both films are an utter delight to witness but the former does this even more at the expense of utilising its characters as a means to an end rather than tell their own story.

The movie therefore leaves a fresh new memory in your head of the horrors of 60s Soho, even if the people who lived through it are but stylishly dressed phantoms. 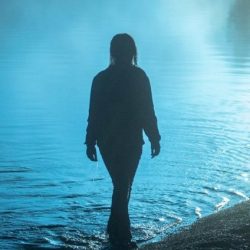 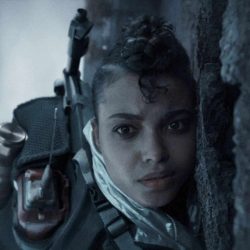