Imagine if just by taking a pill, you could become as intelligent as the greatest minds in history. If everything you have ever dreamt of, you could achieve by just taking some medication. Would you do it and exactly how far would you go on your new-found path to perfection?

Limitless is the screen adaptation of the techno-thriller novel ‘The Dark Fields', written by Irish writer Alan Glyn. Set in the present, struggling writer Eddie is finding life tough. Crippled with an overwhelming lack of motivation, his work has dropped and his girlfriend has left him. But, when someone offers him a quick fix in the shape of a nootropic drug. The results are amazing and he is gifted with Limitless cognitive ability. Even his senses become superhuman, hearing, smell, and the capacity to absorb everything.

The downside is that he must keep taking the drug more and more to maintain his newfound powers. Plus, there are some very nasty side effects including the risk of fatality, should you stop. But, if you suddenly had Limitless ability, just how would you channel this newfound gift. Could you control yourself, stop yourself from using your mind for corruption and profit. Or more importantly, what happens when the rest of the world wants to be Limitless too.

Now, let's be straight here, as far as a premise goes. This is one of the best and most interesting I have come across. The idea of getting an instant quick fix is the modern way. Fast food, fast life, fast everything but a slow mind and body. So Developing unimaginable intelligence and unwavering motivation with just the slip of a pill would surely appeal to everyone. I know that I sure would like to take it and learn several instruments and a few different languages.

So, does Limitless make the most of the potential from this fantastic premise? Well, for me, the answer is a solid yes. This movie is every bit as exciting and addictive as the drug that is its central focus. Director, Neil Burger does a fantastic job keeping the energy high throughout. He adds heaps of cool camera work throughout Limitless that works incredibly well. On top of this, the screenplay is sharp, perfectly paced, and blended with some witty dialogue in all the right places.

But, it's not just the impressive direction and screenplay that makes Limitless work. I mean, any film with Robert De Niro is going to be enhanced. Easily one of the greatest actors in modern times, De Niro does a great job with his role as one of America's Richest Men who hires Eddie to make him even more money. Abby Cornish and Anna Friel do a great job with their characters.

But, the big surprise is Bradley Cooper playing the lead, Eddie Morra. Yes, you heard me, the guys from The Hangover is amazing in Limitless. It's fair to say that, this was the first of many great performances from him though. The following year he received critical acclaim in Silver Linings Playbook and has evolved into one of the most respected talents in Holywood after writing, producing, directing, and starring in the film A Star is Born. Fair play, he is way more than The Hangover after all and we get to see the first signs of this with his performance in Limitless.

Ok, it seems like I totally love every element of this movie. However, there are some downsides. It does jump around frantically at times and there are sub-plots that just get lost along the way. But if you can let those things go, Limitless is a great piece of entertainment that blasts along at a great pace. Plus, the premise will give a great conversational point afterward. 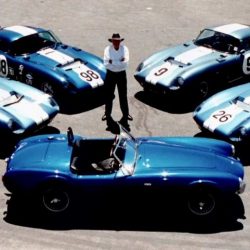