Hearing the familiar chords to ‘Long Way Round' by Welsh group Stereophonics. It occurred to me that I'd been watching the Motorcycle adventures of Ewan McGregor and Charley Boorman for over 15 years!

The first series ‘Long Way Round' featuring the Scottish actor and friend Charley Boorman aired on Sky TV in 2004. On that trip, the duo headed out across Europe, onto Asia and finished in New York. In 2007 the teamed paired up again to tackle the ‘Long Way Down'. The trip from John O'Groats in Scotland to Cape Town took them across the heart of Africa. Fast forward to 2019, and their latest escapade sees the old team back together for one last epic journey – from Ushuaia in Argentina through South and Central America, ending in Los Angeles.

Ewan McGregor begins ‘The Long Way Up' by explaining that he and Charley had drifted apart since concluding the ‘Long Way Down'. However, when Charley suffered a severe accident in 2016, the pair reconnected and began planning the ‘Long Way Up' adventure. The idea was to ride across South, Central and North America on eco-friendly electric motorcycles.

Despite electric cars being a proven technology, electric motorcycles are still in the early development stage. The challenge would be securing bikes which could handle the rugged terrain. Finding enough charging points on a continent which lacks the necessary infrastructure would also be a problem.

Eventually, two companies step forward to help, Rivian and Harley-Davidson. Rivian provided the team with all-electric support trucks and Harley provide prototypes of their new ‘LiveWire' motorcycles. Rivian even went as far as installing a charging network across South America for the adventure. The Rivian trucks looked awesome and performed amazingly well as did the ‘LiveWire' bikes from Harley. I can't remember a series where the pair had so few mechanical dramas on a trip.

The route taken by Ewan and Charley is a stunning mix of deserts, jungles, snow-capped mountains and they even skirt a glacial ice sheet. Along the way, the pair stopped at Machu Picchu, the Nazca Lines and various Unicef initiatives. Nevertheless, it's the interactions with ordinary folk which make Ewan and Charley engaging to watch. In one episode, the pair stop in a village to rest, they're invited to dinner by a local family. The parents of the family spend the whole meal trying to figure out why their guest looks so familiar? To his credit, Ewan doesn't let on. As the duo leave, the family realises who's been for dinner. ‘ah, Obi-Wan Kenobi' he exclaims!

If you enjoyed the previous two series of these adventures, you'll love this one. I binged the entire 11 episodes in two sittings. If you haven't seen the previous series, Long Way Round or Long Way Down. Watch them and then dive into ‘Long Way Up'. Considering the limited amount of content currently on the AppleTV platform, you'd be mad to miss this brilliant travel documentary series.

You can also get it on Amazon Fire TV devices, Chromecast with Google TV, PlayStation and Xbox gaming consoles, and at tv.apple.com, for $4.99 per month with a seven-day free trial. 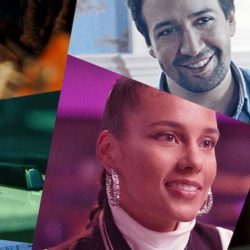