Mega Netflix hit dating show Love Is Blind takes 15 men and 15 women who date each other without ever actually meeting face to face. With marriage on the table, can you really fall in love with somebody you've never even seen?

Love Is Blind is the hugely successful dating reality television series on Netflix.

Created by Chris Coelen, the first season premiered in February 2020 and fans couldn't get enough of it.

A three week event that saw episodes dropped at intervals, Love Is Blind is a pretty unique concept in finding love.

This is how it works. Fifteen men and fifteen women, all from the same area are hoping to find love.

They never meet but over 10 days, they ‘date' each other in purpose-built “pods”. This is where they can talk to each other through a speaker but, as I said, never see each other.

The idea is that love should be more than initial attraction. So once the initial speed dating format is over, the singletons can choose to have longer dates to really get to know those they have built a connection with.

At the end of the dating experience, and again without ever having met each other, the daters can choose to propose to each other. A couple meets face to face only after a marriage proposal is accepted.

In Love Is Blind season 1, six couples got engaged. They then headed to a retreat to get to know each other better.

In a bid to speed up the dating process, once the retreat is over, they then move into an apartment complex to live as an engaged couple.

There they go to work, meet each other's families and friends and basically live as any other couple would.

At the end of four weeks of living together, it is the wedding day. And it is only here, at the altar, that each participant decides whether or not to say “I do” for real.

Is Love Is Blind Worth Watching?

There is no disputing that Love Is Blind is highly addictive tv. The premise, the dates, the potential love matches, the will-they-wont-they of it all is truly compelling.

But it is also car crash tv and is impossible to stop watching.

Clearly, the contestants know how to work a camera and a relationship if for nothing more than it gains them more followers.

While the show did produce a couple of legit marriages, that are incidentally still, for the majority this was nothing more than a PR exercise to get a coveted blue tick on Insta.

By the time the premises has been revealed in season 1, then everyone who follows in season 2 and 3 already knows the score and how to get more air time.

As a dating show goes, it is no better or worse than any of the others. There's the usual love triangle, bachelorette parties, a reunion episode to stretch out the drama, the occasional emotional connection and a couple of lasting relationships.

The show is hosted by Nick and Vanessa Lachey (The Ultimatum) who talk the contestants through their options but ultimately whether or not they actually get married is down to each person.

As a psychological social experiment, Love Is Blind is a doozy!

Who Is Still Together From Love Is Blind Netflix?

Surprisingly you see very little from the majority of contestants. The only ones that really get any air time are engaged couples.

In season 1 there were six and two got married.

Love Is Blind Season 2 – Who Is Still Together?

In a total repeat of season 1, Love Is Blind season 2 also had six engaged couples, two of which actually got married and are still together.

How Many Seasons Of Love Is Blind?

The good news is that if you like Love is Blind, there is plenty of it on Netflix.

Following the first season, Netflix renewed Love Is Blind for a second and third season in 2020.

The third season was filmed back-to-back with season two and takes place in Dallas, Texas. 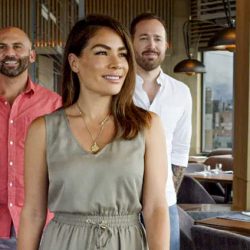 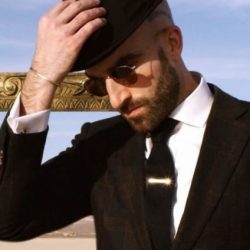