He is risen. Thanks to Netflix, Lucifer is back on our screens with Season 4. Tired of being the dutiful servant in Hell, the Devil decides to spend some time on Earth in this blisteringly sharp and witty crime drama.

If you previously missed out on any of the eight million #SaveLucifer tweets and re-tweets, you probably don't know what all the fuss about Lucifer Season 4 is. Let me explain. Lucifer ran for three seasons on Fox and was then abruptly canceled. That is, after one of the biggest cliff hangers of any show. Fans around the world were not happy and so began the Twitter campaign.

That led to Netflix stepping in and buying the rights to Lucifer. Fans rejoiced and after one year Lucifer Season 4 finally aired on the streaming platform. The first three seasons are available on Amazon Prime for those of you who would like to catch up first. However, Netflix has done a really great job of summarising the show so that you can delve right in.

We join Lucifer Morningstar, played by Tom Ellis (The Secret of Crickley Hall), a month after his big reveal to the Detective, Chloe (Lauren German). In shock, she has done a bit of a runner and hasn't been seen since. Worried that she may have information overload, Lucifer is quite relieved to find that, when she returns, she is taking the whole Devil thing in her stride. Or is she?

Ever the cool, calm and collected yin to Lucifer's crazy outlandish yang, Chloe carries on as normal. But it soon becomes clear that she has ulterior motives. Her ‘holiday' took her to Rome and there she met a priest who is determined to send Lucifer back to hell. But as Chloe slips back into the comfortable partnership with Lucifer she starts to doubt the idea that he is evil incarnate. Or maybe he is…

All the while they are still solving crimes with the help of Detective Espinoza and forensic scientist Ella Lopez. Though, in the Netflix series, the crimes themselves only take up about 66% of the time rather than the whole episode. The relationships between the characters takes more of a prominent role which is definitely a welcome change.

As is the pace of the show. The first three seasons dragged out the reveal of the devil. But Netflix has tackled it at a blistering pace. They have also developed the characters to greater effect and given actual storylines to the likes of Rachael Harris as Dr. Linda Martin. Plus they have introduced some additional characters to spice things up between Lucifer and Chloe.

Overall, I'm delighted that the show is back and that it has Netflix is behind the wheel. It's brilliantly sharp, cheeky and creative and a total binge fest. Love it! 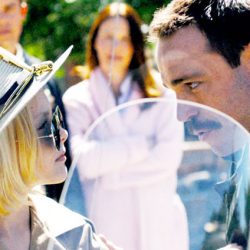