Strap yourself in and experience one of the most outrageous and spectacular cinematic experiences that has ever been made. In a post-apocalyptic world where water, weapons, and petrol are the most valuable resources. Only the Mad can survive!

Mad Max: Fury Road is the long-awaited revisit to the post-apocalyptic action franchise from the genius Australian filmmaker George Miller.

Set in a futuristic world that is falling apart at the seams, chaos rules over order. One man, Max Rockatansky, navigates his way through the desert wasteland in search of a new life. But, when he is captured by the henchmen of the overlord Immortal Joe, Mad Max finds himself in a furious battle of survival. His only way out is to assist in the escape of Immortal Joe's wives and race across the desert in search of the mythical Green Place.

It's fair to say that when the first Mad Max movie was released in 1979, it completely set a new standard in action films. Nothing had ever been seen like this at the time. It was ultraviolent and outrageously over the top. Mad Max was made on an incredibly low budget but went on to hold the record for being the most profitable film ever made.

The sequel Mad Max 2 was released two years later and followed by Mad Max 3 in 1985. The Mad Max franchise became instant classics with a cult following. So when George Miller had the chance to add to this, his budget was through the roof. After thirty years, Mad Max was back with Fury Road and now there were no limits.

So, does George Miller meet up to the expectation? Well, George Miller wrote and directed all of the previous films. He always had a vision of what he wanted to achieve but never had the budget to go all the way. But, Mad Max: Fury Road completely is, without doubt, a showpiece of what Miller can achieve when he has limitless funds at his disposal.

This really is a masterclass in moviemaking with no weak points whatsoever. Amazing cinematography, screenplay, score, editing, costume design and the most incredible vehicles in the chase scenes that you could ever imagine. It was the most nominated for awards in 2015 and took home six Oscars. Plus Mad Max: Fury Road has been listed in the top ten films of the decade.

It is no surprise that the casting is touching on perfect too. Tom Hardy is cast as Mad Max and has exactly the right presence in front of the camera. Max is a character that does not say a great deal. So, Tom Hardy is not challenged at all on the script front. But he does deliver in spades on the physical nature of his acting.

Charlize Theron is brilliant playing the female warrior Imperator Furiosa. For me, in many ways, she actually steals the show as the second protagonist. For all the Mad Max nerds out there, Miller cast Hugh Keays-Byrne as Immortal Joe. It was a clear nod to the original film as Hugh Keays-Byrne played the main antagonist in the 1979 film, called Toecutter.

Miller pulled on the great resource of Australian talent too, as he had done with the other Mad Max films. John Howard, Josh Helman, Angus Sampson, Megan Gale, and Nathan Jones all give career-best performances. But the surprising standout comes from the English actor Nicholas Hoult. Hoult is cast as Nux one of Immortal Joes War Boys. He has one of the most interesting characters in the whole film and is fantastic.

Now, all of the Mad Max films are the kind of films that you would either love or hate. But for me, Mad Max is everything that great cinema should be. It's fair to say that if you liked the originals, then Mad Max: Fury Road will knock your socks off.

The only catch is that is it becomes a little exhausting as once the action gets going it is relentless. However, this is also what stamps it down firmly as arguably one of the best action films ever made. So, if you are looking for something completely bonkers to watch that is a whole heap of outrageous cinematic fun then you should give Mad Max: Fury Road ago on Amazon Prime now. 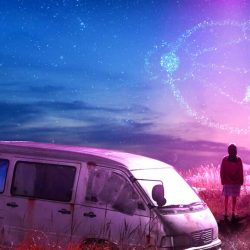 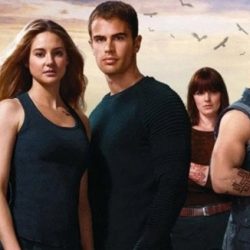