Maggie is a psychic who can see glimpses into other people's lives when she touches them. But when she sees her own future during a reading, Maggie must decide whether or not to pursue her happily ever after in this cute sitcom.

If you're looking for a light and breezy half-hour sitcom that can just wash over you, then maybe you should check out Maggie.

Maggie Mull is a 30-something who possesses an extraordinary gift. She is a psychic. And not one of those fake ones who try to con you.

She is the real deal. Simply by touching people, she can glimpse into their future. But as much as it is a gift, it is also a curse.

What Is Maggie About?

Now that we know what Maggie (Rebecca Rittenhouse) is, what is the show actually about?

Maggie is single and not looking for love. Life is already complicated enough with her visions without trying to add a romantic life to the mix.

So imagine her surprise when her life changes in one evening.

The sitcom opens at a party where she has been paid to offer readings to the guests.

When Ben (David del Rio) sits down, she gets a glimpse into the future that shows her own destiny with the two of them living happily ever after.

But things get a little more complicated when, a few days later, she gets a vision except this time, there is another bride in her place.

Deciding that they don't have a future, Maggie ends things with Ben. All of which would be fine if six weeks later Ben didn't suddenly move into Maggie's duplex with his girlfriend!!

With her romantic life suddenly thrown into turmoil, can Maggie and Ben just be friends? Or do they really have a future together?

Is Maggie Worth Watching?

Maggie was created by Justin Adler and Maggie Mull and is based on the short film of the same name by Tim Curcio.

The premise is good, and in reality, it should have been a decent sitcom. After all, you can do a lot with a lead character that begins to see glimpses of the future of her friends and clients.

So what is the problem? Bizarrely it's the production that really lets Maggie down. You know when you watch a scene set outside, and it clearly looks like it's a cheap indoor set?

That, but for the entire show. Staged to within an inch of its life, it looks more like a theatre production than a sitcom.

Even if you can get passed that, there is basically only one storyline. Ben's sister is getting married, and all 13 episodes are about or lead up to the wedding day.

Why? Because Ben's girlfriend doesn't know that he and Maggie had ‘a thing'. So the season climaxes as she finds out at the wedding.

Up until that point, the ENTIRE storyline is about Maggie going back and forth on whether or not she should be with Ben.

Honestly, you could skip entire episodes halfway through, and you wouldn't miss a thing.

So is it worth watching? It's easy, cute tv that is occasionally funny. Unfortunately, the show did not make the most of the excellent cast, and with only one real storyline it's ok, but it's not great.

Where To Watch Maggie?

With 13 tv episodes in season 1, you can watch it outside of the US on Disney+. It is included with your subscription.

Despite airing on Disney+, opening it up to a whole new audience, in September 2022, the series was cancelled after one season.

Unfortunately, the show never cracked the Top 10 on Nielsen’s weekly U.S. ranking of streaming originals from the day it aired. 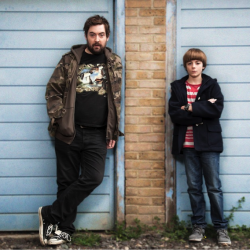 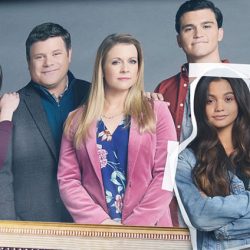 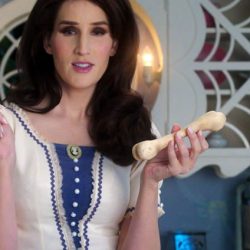