A powerful character-based story that delivers a realistic depiction of a tortured soul who is forced to re-visit his past. After receiving the news of the death of his brother, Lee returns to his hometown but soon must take on more than just his tragic past.

Manchester by the Sea follows the painful journey of a deeply broken man who must face his past. Lee Chandler lives a solitary life as a janitor in an apartment block in Boston. It's clear that Lee is fighting some powerful internal demons. But when his brother suddenly has a heart attack, Lee makes the journey back to his hometown of Manchester-by-the-Sea and finds that his brother's will has left him in charge of his estate. On top of that, he is now the guardian of his nephew. Can Lee put his past behind him to do the right thing for his brother and himself?

So what is it that is pushed Lee into his self-abusive isolated life? All becomes clear when we find out that he is living with the guilt of the tragic death of his children. Lee and his then-wife Randi had built a family life with three children. But on a drunken night, Lee forgets to put the guard on the open log fire and takes a walk to the mini-mart. On his return, he finds the family home engulfed in flames. His wife Randi made it out but the children did not.

It's fair to say, that Manchester by the Sea was extremely well received by the critics and it's easy to see why this film then went onto receive so many award nominations. Resulting in two Oscars, a Golden Globe and a Bafta, Manchester by the Sea is an excellent movie from director Kenneth Lonergan. It is a cinematic masterpiece. Lonergan delivers a sobering and brutally honest account of love, loss and the all-encompassing process of grief. Alongside the fantastic script, Lonergan's direction is incredible and provides a fine blend of intimacy, large scale wide shots, and even some humor to disrupt the darkness.

It's not all Lonergan though that should get the praise. The bottom line is, that the lead cast members give truly unforgettable performances. Casey Affleck took the Oscar for Best Actor in a leading role and the Golden Globe. Kyle Chandler gives a powerful and touching performance as Lee's brother Joe and Michelle Williams (After The Wedding) is perfectly cast as Lee's wife Randi. Even though she has limited appearances, she is amazing, particularly in a deeply touching scene where her character is looking for forgiveness. C.J. Wilson gives a suitably touching portrayal of George, a close family friend. But the big standout in Manchester by the Sea comes from Lucas Hedges, playing Lee's nephew, Patrick. Both Hedges and Williams received Oscar nominations for their supporting roles. 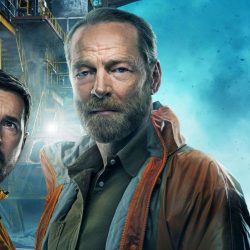 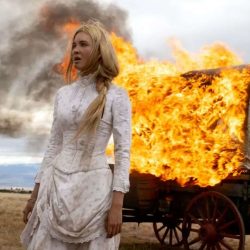