In the aftermath of a violent tragedy that affects the lives of two couples in different ways, they must sit down and hear each other in the superb and Oscar-worthy Mass.

Within a TV series it is an unspoken rule that the best episodes are almost always the ones that are utterly stripped back, leaving only characters locked in a room with nothing but the craft of dialogue and performance compelling you to watch.

Such episodes are rare, frequently standalone, and, crucially, short; perhaps a 20-minute sitcom or the midsection of a 40-minute drama. Mass, running at an impressive 111 minutes and written and directed by Frank Kranz (in his first writing and directing credit), puts four actors together in a room and stokes the sparks until they ignite.

Considering how the script unfurls with masterfully gradual precision it is impossible to go into any real detail about the plot.

Simply put, two couples arrive at the communal room in a small church in order to have a much negotiated for discussion, following a tragedy that has affected them all deeply.

There are by design some slow bookends for set up and cool down either side of the meeting in order to set the scene. After all, tension like this needs to be ratcheted with care, lest it all ping apart.

In a world where film work is, for the most part, delivering scenes and hoping the editor keeps the essence of your delivery, the script of Mass must have seemed like a light from above beamed into the hands of its cast.

All the actors sink their teeth into the material and bask in the chance to craft a presence that builds up through a definitive journey of emotions.

Each character clearly comes at the issue in hand with their own nuanced baggage. As such it’s unfair to separate out any one performance for specific praise because as the dialogue speeds up and bubbling resentments froth over, each actor reacts in a sublime push-and-pull with the others in the room.

One can only imagine the glee with which Jason Issacs, Martha Plimpton, Ann Dowd, and Reed Birney took such a rare opportunity.

Is Mass Worth Watching?

Putting aside actors all firing on the top of their game, it is a testament to Kranz’s writing that they have such a deep well of options to draw from.

Each character has nuance and layers so that even after the first 40 minutes when you think you’ve got their main drivers nailed, further lines of dialogue guide you like an assured hand through their mental processes.

Kranz also really knows where to put the camera, and when. Opening shots show people who stand awkwardly, unsure of how to get started on a painful subject.

As time progresses though he gets the lens closer and closer to his actors so that each thought can be seen as it ripples across their faces.

At times the strain can get almost too much. Only once as tempers flare and sorrow is expressed bitterly does Kranz break away from the room to show a recurring motif of an outside ribbon tied to a fence, blowing peacefully in silence.

There has been plenty of awards buzz around Mass although even with such high quality the film is struggling to break out from more high profile releases.

If it were to be overlooked that would be a huge shame because, if nothing else, the extra exposure granted by high profile wins would hopefully attract more of an audience who may otherwise have missed it.

In an increasingly fractured world, Mass shows that there are simple ways forward: sit and talk.

You may fundamentally disagree and you may walk out of that room without ultimate resolution, but only by talking to the person on the other side of the table can you ever reach understanding. 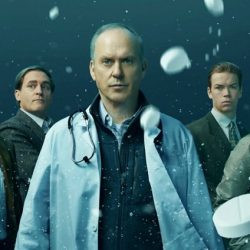 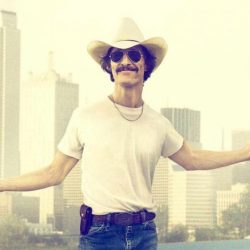