A hidden gem in the wider streaming world, this anthology series is based in a small unassuming Japanese diner but the stories that play out are varied, dramatic, and funny. Come in, pull up a stool, and let the master cook up your favourite dish.

With the rise, rise, and rise of streaming media, as consumers, we have gotten used to binge watching our content. The market has changed to cater for this type of viewing with many series carving out long form story arcs that unfurl from gobbling down episode after episode.

Amongst all these long term commitments vying for our time, it’s somewhat cathartic to find quality in that rapidly shrinking art form: the anthology.

Midnight Diner: Tokyo Stories is an anthology type series that switches the principal cast in each episode. But it always centres around a small and unassuming Tokyo based diner that is open only from midnight to 7:00am.

The diner is run by a nameless man only referred to as ‘the Master'. He stoically and quietly prepares any meal requested so long as he has the ingredients (or if a patron brings their own).

Each episode is named after the food that features. But around this loose core the stories that play out are varied, dramatic, and funny.

They are low-key slices of life that may visit other settings or people as the plot progresses. However, they always come back to the trusty diner with the silent but welcoming Master.

There is something deeply comforting this style of entertainment. The food prepared isn’t lavished upon to the point of risking turning the show into a quasi-cooking course.

Instead, the Master quietly and efficiently makes something that invariably elicits satisfaction or nostalgia from his customers.

The dish itself is often key to the episode’s plot. Such as a veteran comedian and his protégé falling out over a fish sausage corn-dog. Or how omelette rice can spark a love interest between a Japanese physicist and Korean student.

Even how ham cutlet can elicit memories of a long lost brother. As a result, the tone varies in true anthology style. However, it is always delivered with smooth short story engagement.

Some recurring characters do appear and are often the source of comedy nuggets, taking the form of diner regulars. They act as the occasional Greek chorus or dispenser of drunken wisdom.

And the Master himself plays a strong, if mostly silent role. He offers few words but acts as a blank canvas for customers to project their need to talk on to.

He pauses for a smoke, washes the dishes, and seems to be happy to be a place of zen calm amidst the ocean of confusion outside.

Indeed, the most animated he gets is to pour drinks over two customers fighting and demand they take it outside. Fighting is not what his diner is for.

The series is adapted from manga and there are many more episodes available in its native Japan. Westerners will just have to be content with the 10 slices of story-telling comfort food that make season 1.

Much like the eponymous venue itself, Midnight Diner: Tokyo Stories is a hidden gem in the wider streaming world. Come in, pull up a stool, and order your favourite anthology dish. 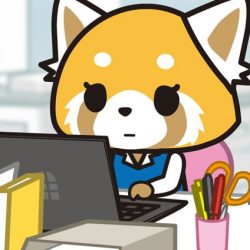