This epic WWII movie is just like they used to make them. Big budget, big stars, big effects, and gung ho bravery in the face of tragedy. If you are a fan of war films, then this will be right up your street. Just make sure you stack up on the snacks because this epic story has an epic time scale too.

Midway tells the story of one of the most pivotal naval battles in history. Just six months after the attack on Pearl Harbour, the superior Imperial Japanese Navy looked to secure their position further in the Pacific. Both the Americans and the Japanese suffered terrible losses, but it was the Americans who against all of the odds, took the victory. The Battle of Midway was the turning point that completely shifted the balance of the Pacific War in favor of the Americans.

It's fair to say, that this integral piece of WWII history has been well documented over the years. There have been countless, books, documentaries, and a 1970s all-star blockbuster. This big-budget war flick had movie greats like Charlton Heston, Robert Mitchum, and Henry Fonda in front of the camera. You know, the kind of movie that they say that they don't make anymore. Or do they? Well, Midway 2019 certainly sets out to do just that.

So, does Midway live up to its huge marketing hype? Well, in lots of ways it does. Director, Roland Emmerich is no stranger to epic disaster flicks. He has directed films like Independence Day, The Day After Tomorrow, and 2012. So as you would expect, he draws on all of his skills from the effects department. The effects in the battle scenes are immersive and incredibly impressive. On top of this, he does attempt to give a much more balanced view of the Battle of Midway. However, it is still very much a Stars n Stripes waving exercise.

For me, however, what does let Midway down terribly is the abysmal screenplay. Yes, there is some difficulty as it is based on historical fact. But, replacing substance with a mile-high stack of clichéd characters is pretty poor, to say the least. In fact, the portrayal of both the Americans and the Japanese seems to come straight from a back catalog of 50s World War II movies. The worst thing is, when you look at the marketing posters, which are all in this retro style, it appears that this was intentional.

On the flip side, this pile of clichéd characters is filled with a great pack of acting talent. I mean, the poster is rammed with star names like Tom Hardy (Venom: Let There Be Carnage) Dennis Quaid, Aaron Eckhart, Luke Evans, Mandy Moore, Nick Jonas, Patrick Wilson, and Ed Skrein. But it has to be said, the talent is diluted by the tragic lines that they must deliver.

Put it this way, Ed Skrien's “Dick” Best is relentless. If this film was made in the sixties it would be John Wayne spitting out these lines. To be fair to them all, they do a fair job. But, I swear that you can almost see Luke Evans laughing inside at some of his lines.

Hey, I know I maybe being a little harsh here but I actually enjoyed Midway. If you are a fan of war films and big-budget special effects loaded movies, then you will probably really enjoy this. But, when there are war films that are of the standard of Dunkirk or Darkest Hour setting the standards. I really don't think that Midway gets anywhere near them. Plus at two hours, eighteen minutes all that gung ho spit and chewing gum becomes a little tiresome. 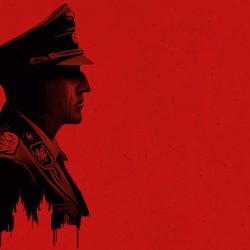 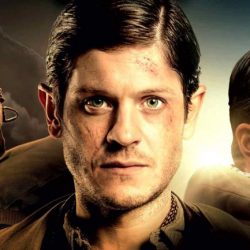