The all-new Mortal Combat 2021 is a centuries-old contest in which generations of fighters are destined to compete between realms of reality. Plenty of fight scenes, and a lot to like for Action movie fans.

It was in the 90s that ‘bad video game movie adaptation’ got cemented in the public mindset thanks to, well, a large number of bad movies based on video games. Was Paul W. S. Anderson’s 1995 Mortal Kombat any different? No. It was bad. But bad enough that over time it has circled back to ‘good’, thanks to some larger-than-life performances. After a ‘so bad it’s bad’ sequel in 1997 the franchise was bloodied up, but the trailer for a 2021 R / 15 rated reboot starring Joe Taslim and Hiroyuki Sanada, as fan favourites Sub-Zero and Scorpion, successfully resuscitated interest and got hearts twitching in anticipation…

Considering beat ‘em up games have large rosters of pugilists to draw from it’s a smart move that Mortal Kombat places a stronger emphasis on character and the cast kept to a minimum. The basic premise is ultimately unimportant. Mortal Kombat itself is a centuries old contest in which generations of fighters are destined to compete between realms of reality, and it will take only one more loss for the Earth realm before the vicious Outworld realm will be granted permission to invade and conquer.

It’s clear from the promotional material that the Big Battle is between evil ice-controlling Bi-Han / Sub-Zero and noble 17th-century Samurai, Hanzo Hasashi (who’s pretty handy with a knife on a rope). A long lead-in opening sequence sets up their rivalry (Sub-Zero gets scarred, Hanashi gets…well…on the receiving end of some pain) before we drop into modernity and also, sadly, a dip in personality.

There is a charisma vacuum in Mortal Kombat in that its supposed central character of Cole Young (Lewis Tan from Wu Assasins) has Destiny and Family written all over him. However, it is saddled with dull dialogue which Young is unable to imbue with any sparkle. Of the wider group: muscle man Jax starts strong before fading into the background. Lightning God, Lord Raiden swings too far past the original and iconic daft Christopher Lambert performance to become a dull plot espouser. Sonya Blade has the closest thing to achieving a goal, albeit a shallow one; and Liu Kang’s earnest likeability just about makes up for the fact he’s stuck in for fight fodder.

Mortal Kombat has two aces in the hole though. First, the plot device that each fighter chose to compete with can awaken their ‘arcana’. This is a mystical superpower that both gives the movie an excuse to allow for signature video game attack moves (such as optical laser blasts) and also crafts on a plot arc for each character to have to fulfill some emotional resolution in order to access it. The bar has really been raised in the past 25 years when it comes to martial arts on screen yet ‘normal’ fights here are lacklustre, instead relying on the arcana moves to dazzle. Second: Josh Lawson as Kano. Lawson’s scenery-chewing steals every scene he is in and his arrogant, comedic, nastiness is in one character what the tone of the movie should have been throughout.

Mortal Kombat certainly does not embarrass itself. The amount of blood and tendon ripping violence slowly amps up as the movie goes on (thanks to a colourful array of series regular baddies) and should satisfy B-movie lovers and fans of the notoriously gore-soaked video games. Overall villain and evil sorcerer Shang Tsung is used sparingly so one can only hope his mystical ways will be more fully exploited further on, and pinning all the script’s wit into laser eye shooting Kano makes the humour lopsided, but shows promise for later instalments. There’s no fatality here that can’t be fixed with more blood, more bones, and more of a wink to the camera between beatings. 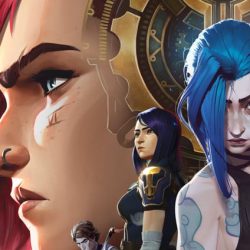 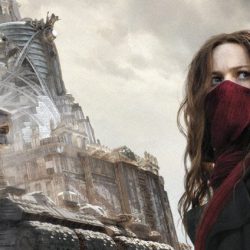