Josh is Mr Corman, a 5th-grade teacher and failed musician whose life is going in the wrong direction. Riddled with anxiety and with a trail of fractured relationships, can things get any better for him as he struggles through life?

Mr Corman is very much a Joseph Gordon Levitt project. Not only did he create it, but he also wrote it, directed it and stars in it.

So is it wise to give one person the run of a show? More importantly, did Gordon Levitt create something we should all want to watch?

Let's take it back to the beginning…

What Is Mr Corman About?

Having broken up with his fiancee a year earlier, he now lives with his flat mate Victor (Arturo Castro).

Life is pretty normal for Josh. He goes to work, he loves his job, he goes out at weekends…you know the drill. But what starts to creep into life is crippling anxiety.

Illustrated as a comet in the sky hurtling towards earth, Josh's anxiety reaches fever pitch until he has his first panic attack. And from that point, Josh's world goes a little bonkers.

His personal relationships are fractured, he is almost completely unable to function normally and his first love, music, has been put on the back burner.

Then covid hits and Mr Corman's life goes into freefall. Over thinking, over analysing and being paranoid about getting sick, the future looks pretty bleak. That is until he rediscovers music again.

So can Mr Corman get his life together and find some way of keeping the anxiety at bay?

Is Mr Corman Worth Watching?

I'll be honest, Mr Corman was not what I was expecting. I like Joseph Gordon Levitt and this is billed as a comedy, so I happily tuned in.

It becomes very clear pretty quickly that this is not a comedy. This is a drama with a couple of comedic moments but overall it's quite depressing.

There are a few really good episodes, ironically not really about Josh. The one where Victor tries to connect with his daughter is excellent, so too is Juno Temple as Josh's ex when she enters the frame.

The problem with Mr Corman is that there are very few light moments. It's all dark. Depression, anxiety, broken parental relationships, and inability to connect with others are the pillars on which this show is built.

Over time, this all weighs heavy particularly when Corman himself is so hard to root for. Every issue is of his own making. There is absolutely no self-reflection amidst the self pity.

Here's a tip for Josh. When every relationship you have is broken, and you're the only common denominator, maybe the problem is you.

So is Mr Corman worth watching? If you like hyper-realistic sad stories about struggling through life with an overactive imagination, then yes.

If however, you are looking for something more light-hearted then swerve it.

Where To Watch Mr Corman?

Filming began in March 2020 in LA but was then moved to New Zealand with production wrapping in early 2021.

You can now stream Mr Corman on Apple TV.

Despite the good intentions of the show to highlight every day life struggles, it simply didn't get the audience of other big Apple TV hits such as Ted Lasso, Schmigadoon! or Physical.

Joseph Gordon-Levitt as Josh Corman, a public school teacher who is racked with self doubt and anxiety.

Bobby Hall aka Logic as Dax, a social media influencer

Veronica Falcon as Beatriz, a coworker at school 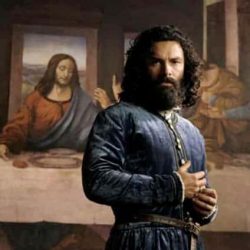