Actual logical sense has no place in Nativity 2. But it will keep your little ones giggling for an hour and a half. Overall it's a daft Christmas comedy that has a sweet endearing message, even if the plot is utterly bonkers.

If you do not have children you are unlikely to have seen the Nativity series of family friendly Christmas films. The first such movie (starring Martin Freeman) was enough of a success to warrant a bunch more with cheap budgets, simple humour, but big sentimentality. Nativity 2: Danger In The Manger swaps out Martin Freeman for David Tennant with much the same results.

Man-child teaching assistant Mr Poppy (Marc Wootton) is in temporary charge of a primary school class at St. Bernardette’s. That is, until new teacher Donald Peterson (Tennant) can be installed. However, once Mr Poppy learns of the Song for Christmas competition, to be held at Castell Llawen in Wales, he riles up excitement within the class and begins work on an entry. He is then told by the headmistress (who happens to be his aunt) that the school can’t afford to enter. However, he dim-wittedly continues to the point of bundling all the kids, and a very baffled Mr Peterson, into a van in order to get to Wales to perform. And so most of the film is their chaotic journey from school to competition and the inevitable ‘getting utterly lost’ second act struggles.

The plot of Nativity 2 is bare bones to the point of non-existence. A song is magically whipped up in apparently no time and the truth of essentially kidnapping over a dozen children is never covered because this is a very paint by numbers affair. Find a donkey? Steal it! It can’t cross this river? Leave it behind! Class now crossed the river? It’s magically on the other side! Actual logical sense has no place in Nativity 2.

Wootton’s character of Mr Poppy is that of ‘adult child’ which, for actual adults watching, makes for an extremely irritating performance. He is devoid of all realistic reasoning and blathers on like a whiny infant. But his blinkered focus is of course required to ensure that the loosely tied sequence of events continues unabated. Wootton may be the one main recurring character throughout the series, but by golly his performance is one that only children will manage to enjoy.

Yes, Nativity 2 may be in truth a series of weirdly linked ‘bits’ rather than a coherent film. Despite the drag factor of Mr Poppy, David Tennant is his usual very watchable self. After much amusing exasperation from Mr Peterson towards Mr Poppy’s total disregard for safety or common sense, around half-way through the movie there is one unexpectedly emotional scene. A suddenly vulnerable Donald reveals to Mr Poppy that his father would ‘teach’ him to swim by throwing him in the deep end and holding his head under water. The plot may be total fluff, but Tennant’s powerfully expressive acting can wring genuine emotion out of any primer in a script. His estrangement from his extremely severe twin brother, Roderick (also Tennant) – who just happens to be a world class song composer – is pretty standard, but a last minute semi-reconciliation tugged a tear from my eye thanks to the quality of Tennant’s acting.

Also fun is the performance from Jason Watkins as ‘Mr Shakespeare’, an arrogant teacher from rival school Oakmoor. Watkins has taken roles from evil vampire boss (BBC3 horror series hit, Being Human) to amusing mild-mannered supermarket manager (long running sit-com, Trollied) and his pompousness and drive to win elicits many a chuckle. Indeed, the large cast of children themselves are actually lovely. Wisely, given the ages of the children involved, Nativity doesn’t give any of them too much to do per scene so instead they come across as a rather cute and heartwarming ensemble.

The film pretty much does what it sets out to do. It is a very light-hearted and easy watching British Christmas Movie with some cheeky gags and a large helping of daftness. The last act features a range of ‘song for Christmas entries’ which are thinly veiled pastiches of various popular music styles. Even if most of the film has been ‘swing and a miss’ for you, these tongue in cheek songs are worth a watch. Such songs include: a Justin Bieber mock up (“he swishes his hair and the girls love it!”); a very musical theatre / Oliver Twist take; some achingly cool ‘street cred’ nonsense; and a wry jab at American commercialism (“just give me stuff!”).

Given that Nativity is a Christmas film the actual seasonal message parts are pretty limited until the last act, thankfully. I’m not sure I could have coped with the nerve-grating Mr Poppy AND a sledgehammer of Christmas slogans throughout. Wisely, the movie saves up the overt Christmasness until the last 15 minutes or so when we get a swamp of manger / baby / following a star / good cheer right at the end for a feel good shot to the arm. And that’s how the movie gets you. A smile on your face as the credits roll will cloud your memory from the teeth-gritting you endured for the first 20 minutes.

Nativity 2: Danger In The Manger is not by any stretch a ‘good’ film. But it is a ‘fill a need’ film. It will keep your little ones giggling for an hour and a half. And, so long as you choose your moments, will gets some grins from adults too. All before ramping up for that sweet sweet saccharine ending that masks the taste of all the preceded it. 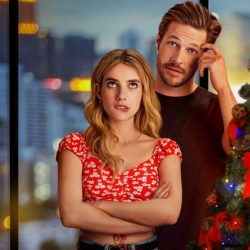 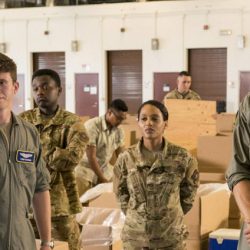