Neon Genesis Evangelion is one of the most famous anime productions ever made. Created by Hideaki Anno, it is the critically acclaimed story of Shinji, a 14-year-old who has been tasked with piloting an Eva to defend Tokyo-3 decades after a near-apocalyptic disaster on earth.

Some shows come with a lot of baggage. Neon Genesis Evangelion is a landmark Japanese anime series that has received a slew of plaudits. It is showered with critical acclaim, has a dedicated fan base, and is often credited with transforming the anime industry. So, anime fan such as I am, going in cold was somewhat daunting. This is especially so when a lot of fans will preface talking about Neon Genesis Evangelion by saying, ‘It’s great, but…’.

The surface plot is introduced quickly. Decades after the ‘second impact’ in which a humongous explosion rocked the Earth off its axis and melted Antarctica, causing a catastrophic rise in sea levels, the world has settled into something resembling normality. In Toyko-3 (one of the few large population centres left), Shinji, a 14-year-old lonely and depressed boy, is recruited by his absentee father to pilot an ‘Eva’. Evas are huge biological mechanoid hybrids and a vital line of defense against attacks from the giant destructive ‘Angels’ that periodically attack.

For the first third of the show, you’d be forgiven for thinking Neon Genesis Evangelion is as simple as it appears. Big robots battle big monsters smashy smashy. Shinji is taken in by Major Misato Katsuragi who is characterised as gorgeous but rash and slobbish, behaving much younger than her years. Also in the mix is Rei, a 14-year-old female Eva pilot who is virtually silent and seems totally devoid of emotion. The backdrop is set for some teenage action and rather off-putting cheeky sexuality; plenty of skirts, naked walk-ins, and bending over boob shots that made me immediately write down the word ‘problematic’. Especially considering the Eva pilots are all 14 years old. This is the ‘but’ that needs to be explained whenever a fan showers praise on the show.

And it can be explained because as the show progresses it is clear that much more is going on. Series creator Hideaki Anno uses Neon Genesis Evangelion as a three-pronged attack. It sets up the stereotypical teenage giant mech tropes so it can smash them down later. It excites with huge scale battles only to intentionally drain the fun out of them, leaving you with raw and shocking moments. And it builds up the confidence of its shy protagonist only to then destroy him, and delve deep into the cyclical self-absorption of depression and mental illness. Shinji’s characterisation is unusually nuanced and come the half way point the show has morphed into something very different indeed.

Pacing wise this can leave you a little wrong-footed. At first, we are only really interested in Shinji and Misato. But then the dynamics are spun around heavily with the introduction of bratty and brash Asuka in episode 8. Her desire to be the best drives her forward and her immaturity clashes with Shinji’s quiet and reticent nature immediately. Yet her introduction, and later exploration of her own demons, is when thematically Evangelion comes into its stride. The problematic issues that anime have with sexualising its characters are peeled apart and the actual personality of these adolescents are dived into deeply. Even Misato progresses from a woman stuck in arrested development to a complex character battling to find the right thing to do, as well as beating herself up over her own insecurities.

The animation and score both stand out as superb from the get-go. Instead of your normal clunky giant robot fare, Evangelion’s designs are more sleek and organic. The Angels are abstract shapes rife with symbolism. It’s always a visual treat to see what creation will attack next. There is never a sense that our heroes particularly have the upper hand. The Evas are often heavily damaged with parts ripped away by Angel attacks – causing the young pilots immense pain as it happens. We see little of the wider world they inhabit. The show’s core approach is inward looking. Yes, our cast has access to giant death machines, but it is their own personal conflicts and mental states that are the key to last gasp success.

I was aware that Neon Genesis Evangelion famously ran out of time and money. The final two episodes controversially abandoned all the large scale events to instead go extremely dialogue-heavy. The animation is slowed, repeated, or simply scaled back to bare bones. Instead of neatly rounding off the action and character arcs, we are instead given a dream state omnipotent world in which Shinji talks through the crippling weight of his own depression with other characters. This ending would eventually be re-done with ‘The End Of Evangelion', a feature-length replacement (also on Netflix). Although, that do-over swings so far to the other extreme (my word, the death!!) that I personally preferred the introspective original.

In all, I enjoyed Evangelion very much. It is a show that cleverly blindsides you so that you are good and invested before it starts to make things very unpleasant for its cast. My jaw was on the floor at moments – such as Shinji refusing to attack for risk of causing harm to a friend only to be horrifically overruled – and whilst I was initially concerned at the uncomfortable flirtatiousness of the early episodes I was happy that this was examined and deconstructed later.

The show may feature towering battles and mass devastation, but at its core, it is about the internal struggle of the mind. Simply existing is often the hardest thing that one can do, and your mind is your cell until the demons have been expelled. 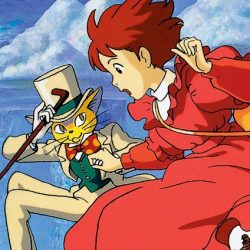 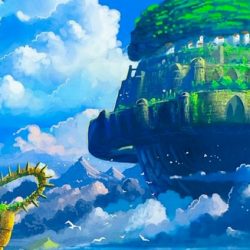