Devi is a 15-year-old who wants to change her life. But with family and friends in the way, can she be as popular as she has always dreamed of in Never Have I Ever? A coming-of-age comedy drama.

Created by Mindy Kaling and co-creator Lang Fisher, Never Have I Ever is a coming-of-age comedy-drama television series starring Maitreyi Ramakrishnan.

It premiered on Netflix on April 27, 2020, and instantly became a massive success with more than 40 million households globally watching it since its release.

What Is Never Have I Ever About?

The story is simple. Devi Vishwakumar is a 15-year-old Indian-American teen from Sherman Oaks, Los Angeles. And she has a complicated life.

Desperate to be popular and after having a socially horrible freshman year, she decides to change her social status. Her problem is that friends, family, and feelings do not make it easy for her.

Believing that if she loses her virginity, her life will change for the better, Devi sets her sights on her crush, Paxton Hall-Yoshida.

Plus, on top of all that, Devi refuses to deal with the grief of losing her father while her relationship with her more traditional mother goes downhill.

And did I mention Ben? Ben is her arch-nemesis. At least at the beginning. Then he becomes her friend and then…we have a love triangle!

So who will Devi choose #TeamPaxton or #TeamBen? And will her uncle get his way and move the family back to India??

Never Have I Ever Official Trailer

Is Never Have I Ever Worth Watching?

There is a lot to like about Never Have I Ever. Firstly, it is mostly narrated by professional tennis player John McEnroe for Devi, which is hilarious but works brilliantly.

Secondly, it's great to see a different perspective on teenage life. Devi may be Indian, but she is also growing up in America, so the clash of cultures is refreshing.

The cast is superb, and the script is fast-paced, embodying all of the usual teenage angst.

The biggest issue I have with Never Have I Ever, is that no matter the situation Devi finds herself in, she always makes the wrong choice. Now I know that she starts the first season as a 15-year-old but her lack of self-awareness or consideration for anybody but herself really starts to grate.

It's a character flaw by design, possibly to highlight how the terrible decisions we make have far-reaching consequences. I just wish they would occasionally let Devi do the right thing the first time around.

Otherwise, Never Have I Ever is a hit show for a reason. It's funny, it's clever and it's engaging. There are plenty of storylines, great characters and the episodes whizz by. What's not to love?

How Many Seasons Of Never Have I Ever?

Currently, there are three seasons of Never Have I Ever available to watch on Netflix.

The first season dropped in April 2020, the second season debuted in July 2021 and the third season premiered in August 2022.

With 10 episodes in each season, there are now 30 in total to watch.

Netflix has also confirmed that a fourth season will stream in 2023. The unwelcome news is that it will be the final season, wrapping up the story of Devi and her family.

Never Have I Ever Cast

Maitreyi Ramakrishnan as Devi Vishwakumar, a high school sophomore who wants to improve her life but finds herself conflicted with feelings for both Paxton Hall Yoshida and Ben Gross.

Richa Moorjani as Kamala Nandiwadal, Devi's cousin who is staying with family while completing her PhD at Caltech.

Jaren Lewison as Ben Gross, a high school sophomore who becomes a good friend for Devi.

John McEnroe as himself, the narrator of the series.

Ramona Young as Eleanor Wong, one of Devi's best friends who struggles with the fact her mother is absent.

Lee Rodriguez as Fabiola Torres, one of Devi's best friends who struggles with her sexuality. 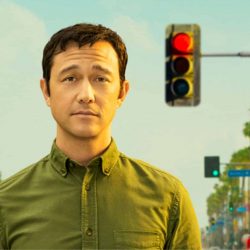