It's the 1800s and as Jefferson Kidd moves from town to town bringing the News Of The World, he crosses paths with Johanna, a 10-year-old taken in by the Kiowa people, and agrees to travel across the country to return her home. A visually stunning Tom Hanks western/drama.

Of all the actors out there seemingly built for a role in a western, it is surprising that News of the World, co-written and directed by Paul Greengrass (The Bourne franchise, United 93), marks Tom Hanks’ first foray into the genre. As a man that exudes a weary but honourable air, Hanks is well suited to a plot such as this: to return a young white girl named Johanna who has been raised by Native Americans to her far off next of kin.

Johanna (Helena Zengel) speaks no English and fights to escape back to any nearby Native American tribe, leaving Jefferson Kidd (Hanks, Finch) to reluctantly keep her close as well as safe. Kidd, an ex-Confederate Army officer, makes a living by traveling from town to town and reading from the newspapers to those willing to pay to hear it. After stumbling across a wagon with a murdered driver and the young wild girl hiding out in the trees, he gets lumbered with the task of ensuring her safety on the journey to her white former family.

Westerns, of course, benefit hugely from the awesome swirling dustbowl landscapes and News of the World takes in the Texan panoramic view gloriously. As Hanks and Zengel go from location to location the sheer distance between settlements is felt, and along with it the dangers. Whilst the pair slowly bonding is an unsurprising thread throughout, the number of threats that need to be fought off means that your mental hand is never far from twitching at your holster. Be it sleazy men with ill intentions towards Johanna chasing them out of Dallas or a bedraggled militia who can’t accept the loss of the civil war, danger is never far away.

Hanks is a reliable presence in any movie and his stoicism makes for compelling viewing. This is no lethal gunslinger fighting the hard fight: Kidd is a man poorly armed with birdshot and looking to avoid trouble. Zengel shines as a girl fighting to belong somewhere whilst burying the considerable trauma she has already had to face. Their scenes together sparkle as a rapport develops between them. Greengrass is happy to let the first third of the movie play out at a more languid pace than you’d expect from a director most associated with documentary like action and shaky handheld camera work.

Yet as gorgeous and well-acted as News of the World is, one of its biggest assets is also a slowly loosening nut on the axle of the narrative wagon. Hanks’ persona of reliability means that we as the audience instinctively feel that he will make the right choices. Thus any dramatic mileage in the possibility that Kidd may not follow through on his mission is undercut. Kidd’s early reluctance is a perfunctory point: we know full well that nice guy Tom Hanks (Sully) will be honourable.

News of the World follows a well-worn story path and you never feel like you are going to be startled by a plot point ambushing you from behind acrid bushes. It delivers what it promises, a hugely enjoyable movie with excellent stars making the most of every scene. It’s a shame there is virtually no time for any other sympathetic characters (everyone in the South is a stereotypical threat) but as our wandering newsman puts down his tin to collect our dimes, it’s still a delight to sit there and hear the same old same old delivered with warm style and good grace. 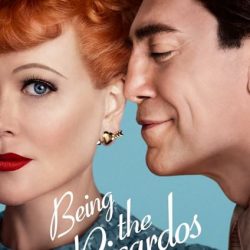 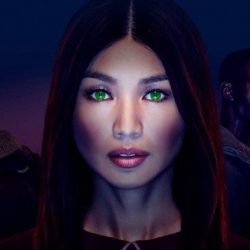