In 1984 and 1985, the Night Stalker terrorised LA. One man was responsible for the murder of 13 people with assaults on dozens more. This docu-series covers the investigation that led to his capture, as told first hand by all of those involved. A chilling but excellent documentary.

It was the 1980s and LA was the face of an idyllic life. The sun was shining, the celebs were out, the freeways were clear. Crime was down and everybody was happy. Well, at least most people were. But like all vast cities, there is always a darker side. And in 1985 it reared its ugly head with the Night Stalker.

Detective Frank Salerno had found himself somewhat in the spotlight. Responsible for capturing the ‘Hillside Strangler' he had become the go-to guy for solving the most difficult homicides in the LA County Sheriff's Office. Along with newly promoted Detective Gil Carrillo, the two soon found themselves facing yet another gruesome set of murders.

The problem was that it was almost impossible to connect all the crimes, simply because the Night Stalker had no ‘type'. The victims were young, old, Black, White, Latino, Asian, men, women, and children. He shot or stabbed or strangled his victims. He raped some and not others. He kidnapped and raped children and then let them go. There was literally no pattern at all to his crime spree. Sometimes he even committed multiple assaults in one night.

When Det. Gil Carrillo theorised that it was the same perpetrator he was laughed at. Yet, as the evidence started to mount, most notably through a shoe print, and more surviving witnesses were able to describe him, Carrillo and Salerno were proved right. And so began the hunt for one man who was terrorizing LA.

We know that Netflix is well able to churn out the true crime documentaries. From The Ripper to American Murder: The Family Next Door to Crime Scene: The Vanishing At The Cecil Hotel, millions and millions of us around the world tune in. But in the case of Night Stalker, the detail is at a whole new level. Watching survivor Anastasia Hronas recall the details of what was done to her is chilling. As are the crime scene photos and recollections of family members who are interviewed.

There is some debate as to whether or not the level of detail included was necessary but Night Stalker far from glamorises Richard Ramirez. Instead, it vividly paints the horror that he caused while celebrating the victims and those who dedicated their lives to bring him to justice. It is an excellent four-part documentary but one that will leave you chilled to the bone. 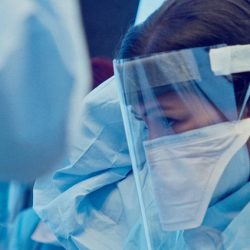 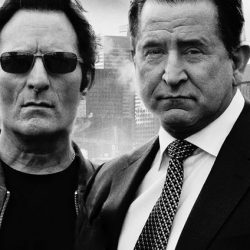 Kevin Can F Himself

Blinded By The Light