Naomi and Eli are best friends. The catch is that Naomi is in love Eli but Eli is gay. These two soulmates are determined to be together forever but life gets in the way. What is supposed to be a quirky indi film is no more than a flighty teen rom-com with largely unlikeable characters and no plot.

Naomi and Ely's No Kiss List is a story about two best friends who have been inseparable for most of their lives.

The live next door to each to each other in New York city apartments. But all is not well in their lives.

Naomi's father slept with one of Eli's Mothers. As a result, her parents split up. However, Eli's mums decided to try work it out but argue constantly.

Based on a novel of the same name, the two teens rely on each other for everything. They are supposed soulmates. They even create a ‘No Kiss List' to ensure that no boy comes between them.

That's because Eli is gay so the chances are they may end up liking the same guy. The problem with that whole scenario is that Naomi is in love with Eli. And while Eli loves her back, it's just not in the same way.

What you end up with is a struggling Naomi (Victoria Justice The Outcasts, A Perfect Pairing) who is trying to pick up the pieces of a broken family.

Her absent father, checked out Mother and unrequited love for Eli leave her confused and fragile. Eli (Pierson Fode) meanwhile is an extravert who lives life to the full, even if it means trampling on Naomi as he goes.

The problem with the No Kiss List is that it really is all over the place. The story goes off in crazy tangents with little or no insight into the characters themselves.

And despite the movie being called the No Kiss List, the list itself is never really explained. Except for when Naomi adds the new doorman to the list. Understandable if they both liked him, but they don't.

And despite not wanting anybody to come between them, Naomi actually does have a boyfriend. His name is Bruce and she is his mews though, admittedly there's more spark in a damp matchbox.

As a result, watching them together is awkward and a bit cringy. A lot like the entire film.

It just doesn't know what it is and tries too hard to be a quirky indi film. And what was with all the precocious ‘cool-hip-teen' montages?!?

Maybe if you are 12 years old you'll like it. For everybody else….don't bother. 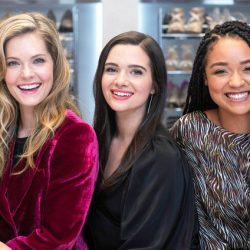 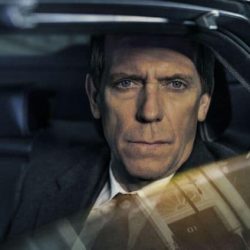 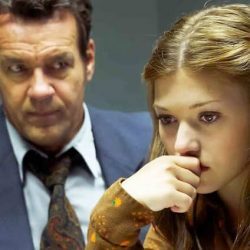