This is a movie of two parts. In her real life, Susan is at a loss with her emotionally distant husband but when her ex-husband’s manuscript for ‘Nocturnal Animals’ arrives she is compelled to read the harrowing crime story he has written. A powerful story with great performances from Amy Adams, Jake Gyllenhaal and Michael Shannon.

When your directorial debut is Oscar-nominated and you then don’t make a film for 7 years, there is going to be laser-sharp interest.

After the superb A Single Man, director Tom Ford returned with the clinical yet savage Nocturnal Animals. Adapted from the novel Tony and Susan by Austin Wright, the movie is a story within a story.

The creatively lost wealthy art gallery owner Susan Morrow (Amy Adams, Hillbilly Elegy) suddenly receives the manuscript of a novel dedicated to her and written by her ex-husband, Edward (Jake Gyllenhaal, Life). As she reads the violent yet vulnerable story, she recalls several parallels to her past life with Edward.

So this makes for a movie of two parts. In her real life, Susan is at a loss. Doubting her own ability as an artist she has, instead, taken to curating art. The movie opens with an unforgettable hypnotic installation of plus-sized female flesh gyrating to a sparse beat. Is it art?

Susan herself is unsure what even constitutes art anymore. Her emotionally distant husband (Armie Hammer) adds to her ennui. So does the implied threat of financial ruin (despite a massive post-modern and hard angled house and live-in waiting staff, of course).

So when her ex-husband’s manuscript for Nocturnal Animals arrives (and literally draws blood from her after she gets a paper cut on the parcel) the rush of emotion makes her keen to read the work of a man she abandoned as too much of a directionless romantic.

The novel shows a facsimile of Edward in his protagonist cipher, Tony Hastings, driving his wife and teenage daughter through remote West Texas roads. Runoff the road by three local troublemakers, he is too weak to prevent his family from being kidnapped.

After barely escaping, he alerts the police and retraces his steps. He finds the harrowing naked and posed corpses of his loved ones.

The movie’s switch to this dusty and dark neo-noir hell is at complete contrast to the cold and angular ‘real world’. Director Tom Ford expertly gets us in Susan’s mental state by focusing on close-ups of Amy Adams.

Shots are framed so that there is minimal scene dressing, showing her to feel alone and yet surrounded by the emptiness. But the sense of urgency in the editing of shots for the novel parts highlights the danger and helplessness of Tony.

Indeed, when the action gets too repugnant, Susan, and the edit, lunge back in horror as we are yanked back to reality, almost afraid to continue.

One slight problem with this approach is that the novel plotline is tense and urgent compared to the purposefully sterile real world plot. So whenever the action pulls back, whilst the breather is welcome, I found myself impatient to return.

The craftsmanship on display is unquestionable. Tom Ford plays with mirroring so that despite cutting between one story and another there are visual anchors to guide us through. For example, the laying of dead bodies in one versus supposedly live in another.

But such glossy stylised work comes at a cost. Here it is a lack of any real connection in Susan’s present day storyline. Despite Adams’ best efforts, her subdued disconnect plays second fiddle to Gyllenhall’s devastated and guilt-racked man seeking redemption.

There is also a star turn from Michael Shannon (also in 12 Strong – review here) as grizzled chain-smoking detective Bobby Andes. This gives the ‘revenge’ part of the story some grit as he helps Tony track down the murderers.

Clearly written by Edward as empowering wish fulfilment, Susan sees the similarities to her own relationship with Edward as the movie then switches to a third story line showing their past together.

Another excellent support performance from Laura Linney as Susan’s overbearing and snobbish mother (who yet speaks the truth) gives Adams some much-needed company to bounce off. Similarly, the sickening Aaron Taylor-Johnson (playing ‘Ray’, the leader of the murder trio) is an irredeemable hate figure against which Tony has to step up.

Nocturnal Animals is a painstakingly crafted movie that uses precision and visual flair to deliver a powerful story with great performances.

Layered with subtext and shot with a dark noir-ish angle, the movie lacks an emotional connection with the audience beyond that of rooting for the much-deserved revenge, but makes up for it with pure stylised expertise.

Is Nocturnal Animals Worth Watching?

In a word, Yes! Nocturnal Animals is definitely a movie worth watching especially if you love a haunting romantic thriller that keeps you on the edge of your seat.

With fantastic performances from Amy Adams and Jake Gyllenhaal, gripping tension and a satisfying revenge plot, Nocturnal Animals was even Oscar nominated. Michael Shannon got the nod for Best Performance by an Actor in a Supporting Role.

Unfortunately, he didn't win but Best Supporting Actor at the BloodGuts UK Horror Awards did go to Aaron Taylor-Johnson for his performance as Ray Marcus.

Where Can I Watch Nocturnal Animals?

Nocturnal Animals was released in 2016 so there are now plenty of streaming platforms that you can watch the movie on.

You can watch it in the USA on Netflix and in the UK is available to rent on Amazon Prime.

Nocturnal Animals is also available in other countries around the world on Netflix but you will have to check if you can watch it where you live.

There are some directors and scripts that simply inspire actors to do their best work. Nocturnal Animals is one of those movies.

Boasting a huge cast that includes Amy Adams as Susan Morrow and Jake Gyllenhaal as her ex husband Edward Sheffield, the big names don't stop there.

Michael Shannon is superb as Detective Bobby Andes and as mentioned above was even Oscar-nominated for his performance.

In the novel, Tony's wife is Laura Hastings, played by Isla Fisher, who is kidnapped by Ray's gang with Laura Linney as Anne Sutton, Susan's estranged mother. 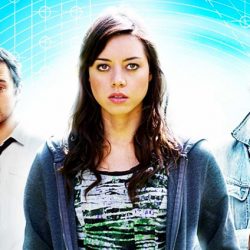