Not Okay follows Danni who is desperate to be famous and decides to fake a trip to Paris to boost her Insta followers. But when tragedy strikes and she pretends to be a survivor things start to get out of hand.

Billed as black comedy satire, Not Okay stars Zoey Deutch (Something from Tiffanys) in what is very much a microscope focused squarely on Gen Z.

It is about striving for popularity and what people will do to get it. But be careful what you wish for…

What Is Not Okay About?

Danni Sanders is a twenty-something working as a photo editor for the online magazine Depravity. But Danni is profoundly unhappy with her life.

An aimless aspiring writer, she an amalgamation of everything wrong with today's world. She hates her job, has very few friends, has no romantic prospects, and is desperate to be online famous.

But with no money, no influence and no way to get it, she decides to fake an Instagram-friendly trip to Paris. So with a week off work and some photoshop skills, she makes everybody think that she's on the other side of the world when in reality, she barely leaves her apartment.

All is going well until a terrorist attack in Paris takes place at the Arc de Triomphe that she Instagrammed just minutes before. Now everybody thinks she was there and that she is a survivor.

Instead of coming clean, she does the unthinkable and goes along with it. Suddenly she's writing an article for the magazine, has gained millions of Insta followers, everybody wants to be her friend and the guy she likes notices her.

With fame finally hers, Danni finally has the life she has always wanted. But now she must keep up the charade. So to add a little depth to her account of what happened, she goes to a support group for survivors of traumatic events.

There she meets Rowan Aldren (Mia Isaac), a school shooting survivor. And while Danni has some empathy (a rarity in her case), it doesn't stop her from furthering her own newly found fame.

Basically, Danni is a user. She will use anyone and anything to achieve her goals. The sad part is that she doesn't even do it maliciously. She just can't think beyond herself or see how her actions of consequences.

That is, until everybody finds out she's a fake.

Is Not Okay Worth Watching?

The thing about Not Okay is that it is supposed to be satire, and for the most part, it is. It pokes a stick at the obsession with online notoriety as well as the terrible price that people pay when they fall off the altar of celebrity.

It is about an ambitious young woman who will do anything to get what she wants – even using a deadly attack to further her insatiable need for followers and fame.

So while it might be satirical, I also found it quite sad and a little depressing. Because ultimately, Danni isn't an entirely bad person; she's just self-obsessed. It might have been easier to hate her if she was a villain.

Where Not Okay succeeds is Rowan's character and her unlikely friendship with Danni. It may have started with Danni using her for her social media clout, but it does evolve and is the catalyst for Danni to finally realise what she has done.

But is Not Okay a movie worth watching? Probably not. Every character is either the absolute worst or the absolute best of people.

Nobody escapes the wrath of writer and director Quinn Shephard, who has a lot to say. But with no subtlety, no nuances, no shades of grey that we all have, it's like watching a giant hammer just whack away at a small nail.

The concept is good and makes some salient points about chasing fame online to offset loneliness in the real world. But for a truly dark satire, it didn't need to be so on the nose with the message it wanted to deliver.

Zoey Deutch (Set It Up) as Danni Sanders, who fakes being a survivor when a terrifying incident strikes Paris.

Mia Isaac as Rowan Aldren, a survivor of a school shooting and an activist for gun law reform.

Caroline Calloway as herself

Quinn Shephard as herself 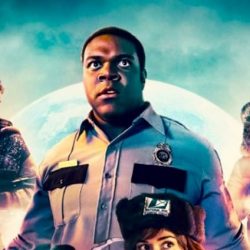 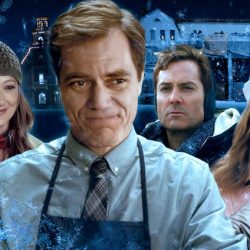 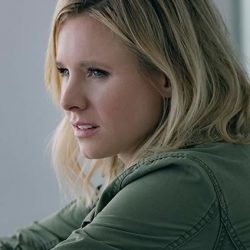