Jedi Master Obi-Wan Kenobi is back as he evades the Empire's elite Jedi hunters and watches over young Luke Skywalker during his exile on the desert planet Tatooine.

As the Star Wars canon ever expands from its initial Flash Gordon pulpy adventure tone, the question of what makes something feel like Star Wars keeps flashing up like a red lightsabre threatening to slice any conversation.

With the key cast returning (and some new faces in the mix), the question of tone for the latest Disney+ series Obi-Wan Kenobi needed to be bulls-eyed like a womp rat in a T-16.

Thankfully The Mandalorian and The Book of Boba-Fett have both done much pathfinding here.

The latter sadly makes it clear that we do indeed need believable stakes, relatable weaknesses, and to get the hell off the dusty snore-fest that is Tatooine.

Oh, and if a powerful character is lumbered with protecting a small and vulnerable one? That’s a formula stuffed with midi-chlorians.

Obi-Wan Kenobi is crafty. Broken by the events of Revenge of the Sith, downtrodden (and apparently quite smelly) Ewan McGregor (The Impossible) is trudging through a dreary job on (you guessed it!) Tatooine and living in a cave all so he can keep his brow-furrowed peepers on a young Luke Skywalker.

The last remaining Jedi are being hunted, and he must swallow his philanthropic duty and spurn those who require his help, all so he can remain focused on the all important Luke.

Yet help isn’t needed on Tatooine, but instead on Alderaan where a young Princess Leia has been kidnapped.

We kind of suspected McGregor would be outstanding, and indeed he is. It was difficult to work out why Boba Fett stuck around when he had a spaceship right there, but the burden and withdrawal from his calling weighs heavy on Ben Kenobi’s shoulders.

“I’m not the man I was,” he says with genuine pain, and we believe him. However, stand out surprise comes from a 9-year-old Vivien Lyra Blair as Leia Organa.

Blair exudes the exuberant independence of Carrie Fisher in A New Hope but without the security of any actual power.

Her delivery of devastating put-downs is delightfully wince-worthy, never mind her apparent ability to outrun any adult (either that or these kidnappers, including bassist Flea from the Red Hot Chili Peppers of all things, are particularly club-footed).

If episode 1 is all set up, including a menace oozing Grand Inquisitor (Rupert Friend), ruthlessly ambitious Jedi Hunter (Moses Ingram as Reva Sevander), and grizzled Uncle Owen (Joel Edgerton wringing irritation from every line of dialogue), then episode 2 kickstarts our space adventure.

Hazy neon and bustling hustle is abound as Kenobi cautiously searches Daiyu, unmasking false Jedi con man Haja Estree (Kumail Nanjiani) on the way. We wanted off Tatooine and we got it.

Is Obi-Wan Kenobi Worth Watching?

Director Deborah Chow does a splendid job of filling the screen with suitable scale and sweeping landscape shots that fill our mental geography, but also with blocking scenes so that McGregor and Blair get to grab you right through the camera.

Even more tantalising is the return of Darth Vader, whom Kenobi didn’t know was still alive (considering he left Anakin Skywalker needing more than an arm and a leg to get free of the lava pits that housed their last encounter).

Rogue One all too briefly unleashed a furious and lethal Vader. He hacked with his lightsabre and crushed with Force powers cutting a far more threatening figure than the somewhat lumbering and bickersome Vader of the initial movies.

With James Earl Jones returning to voice (and Hayden Christensen returning to suit up) the iconic character, Obi-Wan Kenobi taps into this Vader at his most dangerous.

The Sith Lord’s brutal pursuit of Kenobi in episode 3 makes McGregor’s fear all the more palpable.

Clearly, the right formula is ‘protect the small one’. It worked with Baby Yoda in The Mandalorian and it works again in Obi-Wan Kenobi, with the added benefit of, you know, being able to see McGregor’s face.

As always you can drive a speeder through some of the logic issues (why hide Luke with his traceable family? Why give Leia to a very prominent Senator known to be sympathetic to the Jedi? Shhhh!) but, crucially, the tone is correct.

Locations feel real. Motivations stick. The stakes are clear. Obi-Wan Kenobi doesn’t come across as retrofitting itself or being forcibly crowbarred into a tight timeline.

It has free reign to flesh out a notable gap, and give much-needed space for what could be the best character study within a series that so frequently lacks characters to hang much of a damn on.

In a franchise so inarguably pumped full of Disney corporation bloat, Obi-Wan Kenobi may just spark the start of a rebel alliance. 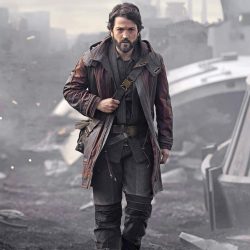 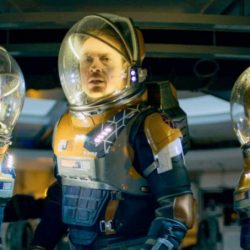