What if you could find out who your soulmate was? Not through dating and hoping, but through an implant that tells you without a shadow of a doubt what the face of your perfect match would be? Would you want to know? Osmosis is like the love child of Black Mirror and Humans.

What if you could find out who your soulmate was? Not through dating or reality shows like Sexy Beasts, but through an implant that tells you without a shadow of a doubt what the face of your perfect match would be? Would you want to know? This is the interesting and absorbing premise of French ‘near future’ show, Osmosis.

Osmosis is a dating app dialled up to the nth degree. It's a world where anyone can don a virtual reality headset and engage in casual electronic sex.

But Osmosis aims to stand out from the crowd by decoding the sub-conscious brain and identifying the one and only soulmate for you. We join the Netflix show as the product enters beta testing and see the journeys of some key candidates as technology seeks to take the guesswork out of true love.

There is a dash of Black Mirror and a large dollop of Channel 4’s Humans in the presentation of Osmosis. But unlike those two, there is a very European warmth holding it together.

The gentle techno music is fused with a languid ‘near future’ technology aesthetic. The normality of the outside world is contrasted by the Osmosis offices sheer edged and pulsating lights. But cleverly Osmosis doesn’t get absorbed into its own technobabble. The character journeys are well paced and kept me riveted throughout the short 8 episode run.

The show explores the repercussions of Osmosis on three key beta testers. Lucas is torn between his perfect husband and his cheating ex and wants to know who to pick.

The core characters are Paul and Esther Vanhove (Agathe Bonitzer), enigmatic founders of Osmosis. Paul’s soulmate success story with Josephine is shattered when she leaves (or has she been kidnapped) opening up the story to corporate espionage.

Just what happens when you put your faith in technology to confirm who is the one? And what happens if you lose the only soulmate you will have? Esther, conversely, is cold but lonely. Her harshness is tempered by a plot line that has her trying to revive her mother from a coma. As well as the ethically dubious methods she uses along the way.

Even in all this, the show has other great facets to it. Such as the reliance of Osmosis on artificial intelligence called ‘Martin’ which just so happens to mysteriously glitch at points.

Or the corporate takeover plot that bubbles under the surface. And then there is the effect of reliance on a black void known as ‘virtual space’ where two implanted soul mates can euphorically bond in nude revolving comfort.

This isn’t titillation. It is gorgeously choreographed and emotive cinematography. Although that said, there is plenty of very French sexual indulgence also…

My only criticism would be the ending feels like they simply ran out of time and a couple of plot threads are left dangling. With quality this high, my fingers are definitely crossed for a season 2. 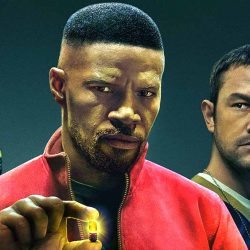 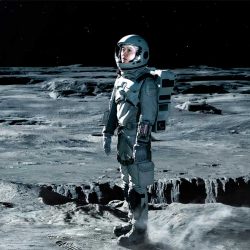 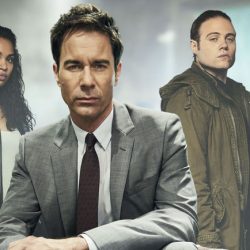