Outer Range is a neo-western sci-fi drama that follows a Wyoming rancher who discovers a mysterious black hole on his land and the consequences for messing with it.

If you're a fan of sci-fi drama or don't mind not understanding what you are watching, then Outer Range could be for you.

So what exactly is the neo-western sci-fi all about?

What Is Outer Range About?

Being very honest from the outset, I'm going to confess that having watched Outer Range, I really only figured out the show in the last couple of episodes.

Here's why. Royal Abbott is a cattle farm owner with a massive ranch in Wyoming. He is married to Cecilia Abbott, and they have two grown sons, Perry and Rhett, both of whom still live on the ranch.

Perry's wife Rebecca has been missing for about six months, leaving the family to raise his daughter Amy.

The land that borders the Abbott ranch belongs to the Tillerson family. The head of that family, Wayne Tillerson, has just started legal proceedings against the Abbotts, claiming that part of their West pastures actually belongs to him.

At the same time a young woman called Autumn Rivers turns up and asks to camp on the land. So she promptly sets up on the west pastures despite the Abbotts not being quite sure who she is or why she is there.

So far, the only thing connecting all three are the west pastures. And that's the sci-fi element. On that land, a huge black hole has appeared in the ground.

Only Royal Abbott knows it exists and doesn't even seem surprised by the fact that it is there.

Turns out the black hole has a few functions. If you stick your hand in it, you can glimpse the future. And if throw something into it, it disappears forever. Or does it?

When the two Abbott sons get into a fight with one of the Tillerson's and kill him, Royal tries to cover it up by throwing the body into the mysterious black void. But nothing stays buried forever, and soon the Abbott family are up to their neck in accusations and lawsuits.

All of this is compounded by the fact that things keep getting weirder and weirder, especially as Autumn unravels and the family discovers the magical effects of the mysterious hole.

So what exactly is going on at the Abbott Family ranch in Wyoming's wilderness? Who is Autumn, and where is Royal's daughter-in-law Rebecca?

Is Outer Range Worth Watching?

The western genre has seen a massive resurgence, thanks in part to the success of Yellowstone. So Outer Range looks like a good show to delve into.

But because it is so complicated, it's difficult to follow what exactly is going on. From the bizarre characters that could be lifted straight out of Twin Peaks to the ‘is it time travel or a time loop??' plot that is reminiscent of Lost, Outer Range is just a little odd.

Throw in family drama, the unfathomable mystery of the black hole, flashbacks and time jumps into the future and a complete lack of communication between every person in the show and Outer Range becomes more frustrating than entertaining.

That said, at least it is different. And Josh Brolin is excellent. But honestly, I could have done without Billy Tillerson (Noah Reid) singing his heart out in every episode!

With eight episodes, the main plot is revealed in the last episode, and suddenly, everything makes a little more sense. Sort of. Enough to satisfy and yet make you want more.

In October 2022, the series was renewed for a second season. Charles Murray will take over from creator Brian Watkins' position as showrunner.

So it looks like Royal Abbott, the Wyoming rancher, will be back again fighting for his land and family.

No details on the plot or release date have been announced yet but we suspect that Royal and Cecilia will start by trying to track down Amy and change the course of the family's future.

Josh Brolin (No Country For Old Men) as Royal Abbott, a ranch owner on the edge of Wyoming's wilderness

Imogen Poots as Autumn, a strange young woman who arrives at the ranch and camps out on the land

Tom Pelphrey as Perry Abbott, Royal's elder son and the father of Amy

Tamara Podemski as Deputy Sheriff Joy Hawk, the acting sheriff of the county

Will Patton as Wayne Tillerson, the father of Billy and Luke and head of the family

Deirdre O'Connell as Patricia Tillerson, the mother of Billy and Luke, and Wayne's estranged ex-wife

Shaun Sipos as Luke Tillerson, the elder son of the Tillerson family

Isabel Arraiza as Maria Olivares, a bank teller that Rhett is interested in 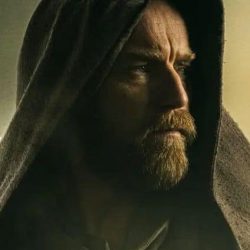 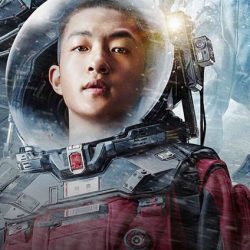