Pachinko is a stunning drama that follows the life of Sunja and her Korean family across four generations from the 1900s to the 1980s. A Remarkable Apple TV+ show that is not to be missed.

Pachinko is a drama series created by Soo Hugh and based on the New York Times bestseller by Min Jin Lee.

It was developed for Apple TV+ and is an epic saga that follows four generations of a Korean immigrant family who move to Japan.

It is truly a remarkable tv show, that will take your breath away as we follow the story of Sunja Kim and the Baek family from the early 1900s all the way to the 1980s.

What Is Pachinko About?

It is an unforgettable story told through the eyes of Kim Sunja, the daughter of a fisherman, who falls in love with a married man and becomes pregnant by him.

When she refuses to become his mistress, she is saved by a kind-hearted minister who marries her before they move to Japan, where she starts a family.

Rather than tell the story in chronological order, the show uses flashbacks to differentiate the generations.

The story begins when we meet Sunja's mother around 1905 when she is desperate to have a baby. Fast forward 5 years, and little Sunja is the apple of her father's eye. That is until he tragically passes away.

We then move forward again to Sunja as a teenager (Kim Min-ha), still in the same little fishing village, but one that is now occupied by the Japanese.

Etching out a living helping her run a boarding house, it's there that she meets the very handsome Koh Hansu (Lee Min-ho), who ultimately gets her pregnant.

From there, she marries Baek Isak (Steve Sanghyun Noh) and moves to Japan and they raise her son, Noah and later their own child Mozasu.

Jumps in time take you from the 1980s where Sunja own grandson Solomon is trying to close a business deal, back to when Sunja is a teenager, ultimately telling the story of the whole family.

Pachinko spans four generations of Sunja's family, from the early 1900s all the way through to the present day.

We see how each generation faced different challenges but also how they were all connected by their shared experience of being outsiders in Japan.

Sunja and her family are constantly struggling to make ends meet and to find their place in the world. They are also constantly reminded of their status as foreigners in Japan, even though they have lived there for generations.

Pachinko is ultimately a story about family, love, and sacrifice. Sunja and her family go through many trials and tribulations, but they always stick together.

Even when times are tough, they never give up on each other. This is what makes the series so special – it’s a realistic portrayal of the ups and downs of life.

Is Pachinko Worth Watching?

Absolutely! Pachinko is a beautifully told story that will stay with you long after you finish watching it.

It is simply stunning to look at, with gorgeous cinematography and costumes that bring the story to life. I genuinely don't think that I have ever seen a tv series that was just so visually stunning.

The cast does a remarkable job of bringing the characters to life in a story that is both engaging and moving. So get the tissues because you will shed a tear!

It's almost too difficult to fully convey just how spectacular the show is. It has a rating of 8.4 on IMDB, and a 97% approval rating on Rotten Tomatoes.

If you’re looking for a series that will make you think, feel, and laugh, then Pachinko is definitely worth watching.

With only eight episodes in the first season, the full story of the Baek family is far from over.

We leave Sunja in 1938 as she starts to embrace her new life in Japan and with so many threads left unfinished, it's a series crying out for a second season.

The first season wrapped filming in April 2021, and the show aired in March 2022. So for that reason, we won't see Pachinko season 2 until at least mid-2023.

We do know that the second season will also focus on the family’s second generation, a young Mozasu and older brother Noah. 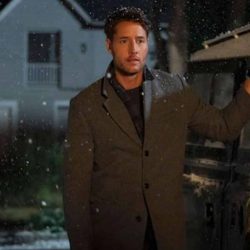