Pan's Labyrinth is a real masterpiece of a movie, this dark fantasy takes the audience to places no other film would dare to. A magical fantasy that is set in a horrific period of Spain's History and polished off with the creative genius of Guillermo Del Toro.

The civil war in Spain during the period of Franco was a harsh brutal time in Spains history and this film manages to capture the horrific reality whilst weaving together a wonderful fairy tale. Guillermo Del Torro created the idea for the story of Pan's Labyrinth came from a set of notebooks that he had been jotting down ideas on for nearly twenty years. He has a reputation for amazing creativity, writing, producing and directing most of his films that all have his unique style.

Pan's Labyrinth was released in 2006 and was widely accepted to be one of the best films of the year – if not the best film of the year. After receiving glowing reviews from the critics, the film went on to be nominated for 105 awards and came away with 102 of them – including three Academy Awards. The casting in this film is simply perfect, with all of the cast members seaming to get carried along with the intensity of the story. But a true stand out in this film is Sergi Lopez who plays a Captain of the Franco regime and stepfather of Ofelia (the main character), he is completely terrifying, playing a fascist with extreme psychotic tendencies.

At times this film is extremely challenging to watch, especially some of the scenes involving Sergi Lopez as the psychotic captain but as brutal as they are to watch it is an essential part of this film, holding nothing back from the viewer and exposing the dark truth of fascism. Some have described the film as Alice in Wonderland for adults and personally, I can see where they are coming from as both sides of reality and fantasy are just as terrifying. Del Toro's team create the most amazing fantasy creatures that have the capacity to spark a child's imagination into an adult mind, one example called Pale Man haunted me for weeks after watching this film.

I saw this movie without knowing anything about the accolades that it had received and so observed it with a completely open mind and have since watched this film many times. To say this is one of the best films I have ever seen is no understatement it really is a must-see movie – catch it on Amazon now, strongly recommended. 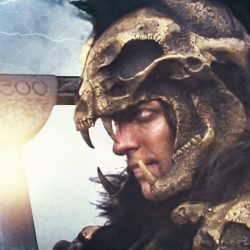 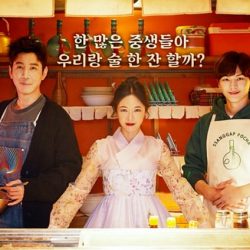