Winner of Best Picture at the 2020 Academy Awards, Parasite is the multi-layered Korean hit from director Bong Joon-ho. A fantastic movie that seamlessly blends thriller elements with drama, and comedy.

For a film ostensibly about those who exist by feeding off of others, Parasite certainly gave the entertainment industry plenty to feed on. This Korean film from director Bong Joon-ho (Snowpiercer, Okja) had the critics raving and cleaned up at virtually all the awards ceremonies, including winning Best Director, Best Original Screenplay, and Best Picture (the first ever non-English language film to do so) at the 2020 Academy Awards. Watching Parasite fresh for the first time now is an almost foreboding task: is it that good?

In a word: yes. Parasite is one of those rare films that will give you as much as you want to take from it. On the surface there is an entertaining thriller with blackly comic elements. The down and out Kim family are dirt poor. They live in a basement apartment with a surface level window that gives them an excellent view of drunks urinating on their walls, and they have to hustle for pizza box folding money. Yet opportunity knocks when Ki-woo is referred by a friend leaving for university to the wealthy Park family as an English tutor for their teenage daughter.

Thus begins a riotous ride of subterfuge as Ki-woo successfully fakes his credentials and realises that he can take advantage of the well-meaning but naïve Mrs Park. He manipulates her into giving jobs to the rest of his family but gives no indication that they are all related. The first half of the movie is filled with many comedic scenes as the Kim’s integrate themselves and enjoy their new luxurious surroundings, at the expense of the people they have replaced.

So, that’s your surface-level setup. Notwithstanding that the second half of the movie is a very different affair as good fortune swings to bad luck with an infestation of hidden secrets. The beauty of Parasite is that through a combination of gorgeous cinematography, metaphorical allegory, and finely honed acting, there is so much more to enjoy if you want to. The relationship between wealth and poverty is an obvious one, yet the Park family are on the whole portrayed positively if a little entitled. The rich leech off the labour of the poor and pay someone to do virtually all tasks. Yet the poor nefariously drain the funds of the rich by manoeuvring themselves into the most advantageous positions.

It is a particularly skillful stroke to have every character in the film sympathetic despite their competing interests. Choi Yeon-gyo, as mother of the Park family, may be easily led but she has no snobbery and is trying her best, aware she is a well-kept woman. Park Dong-ik, as the rich Park patriarch, is imposing but not bullying. Similarly, the Kim family may have wormed their way into generously paid jobs but they do them well and have genuine affection for their new employers. It’s only when the security of the set up is threatened that things begin to go awry. You could back either family and be right, which makes for very enjoyable viewing.

You could deconstruct Parasite endlessly if you wanted to, or you could simply enjoy the ride. As Bong Joon-ho said during his Golden Globe acceptance speech, “Once you overcome the one-inch tall barrier of subtitles, you will be introduced to so many more amazing films”. I plan to re-watch it a bunch more times to let those tiny incubating pockets of cinematic worms wriggle gleefully amok. Why not invite the movie in and let it do the same with you? 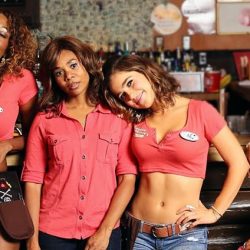