If quirky British humour is your thing, start bingeing on the nine seasons of The Peep Show available on Netflix right away! It follows two socially impaired flatmates (Mark & Jeremy) and their hapless adventures through life.

Peep Show follows the lives of two flatmates who struggle with managing everyday life in Britain. Luckily for the pair, they have each other and although they're complete opposites, an unlikely friendship blossoms over the nine seasons. The two main characters are called Mark and Jeremy and you will get to know them as you follow their chaotic lives.

Mark would lead you to believe he’s the mature one in the relationship, really they're both inept. Jeremy or ‘Jez’ as his friends call him is naive and his antics get him into many uncomfortable situations. These encounters are what makes the show great. As two characters interact, the script often goes off into a monologue of Jeremy or Mark’s thoughts. Their awkward personalities and inflated egos combine to make a near perfect comedy show.

What can you expect from a typical episode? Well, mature humour from the off, at least once in every episode one of the lads will fall in love with a new girl who will show no interest in him. Not to forget a mandatory falling out between the star-crossed flatmates. It's certainly worth a watch. If you enjoy British comedy, get ready to be glued to your screen for the next few months. All nine series are on Netflix and there is even talk about the show producing more episodes in the near future.

As each episode is only 25 minutes long you don't have to invest too much of your time in deciding if this show is for you or not. However, we think you'll love it. And if you do then also check out White Gold which is equally as funny. 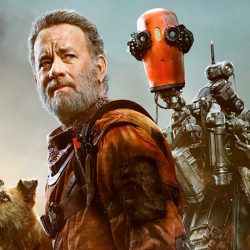