Dakota Johnson is Anne Elliot, in the Netflix adaptation of Jane Austen's Persuasion. Having broken an engagement eight years earlier, Anne gets another chance at love with the dashing Captain Wentworth in this period drama.

Adapted from the Jane Austen novel, Persuasion is the latest period drama to come to Netflix.

Dakota Johnson stars as Anne Elliot, an unconforming woman with modern sensibilities who lives with her snobby family on the brink of bankruptcy.

Eight years earlier she fell in love with the dashing Frederick Wentworth (Cosmo Jarvis) and had accepted a proposal of marriage from him when he was an undistinguished naval officer.

He was clever, confident and ambitious, but his low social status made Anne's friends and family view him as an unsuitable partner so she was persuaded not to marry him.

Now Captain Frederick Wentworth has returned from the Napoleonic Wars with money and the social acceptability of naval rank.

An eligible suitor, he has become acceptable to Anne’s snobbish father and his circle.

With Anne and Captain Wentworth both single and unattached the scene is set for a second, well-considered chance at love and marriage.

But the path to true love never runs smooth and certainly not in 1800s England.

Is Persuasion Worth Watching?

Netflix's Persuasion is directed by Carrie Cracknell from a screenplay by Ron Bass and Alice Victoria Winslow and based on the Jane Austen classic of the same name.

As you can imagine there have been many adaptations of the story with some dating back as early as 1960.

So how does this rate in comparison? The 2007 tv version with Sally Hawkins and Fiona Shaw was rightly lauded but was very true to the book so this version definitely has its differences.

Rather than simply tell the story, director Carrie Cracknell has introduced a fourth wall for Anne Elliot. That basically means she talks to the viewer directly while telling her story.

It's a fresh take and a modern twist that draws the viewer in rather than simply watching the story unfold from the sidelines.

Dakota Johnson is a criminally underrated actress who, as the Jane Austen heroine Anne Elliot, gets to play the role with a fun cheekiness and sense of comedy that the novel is not known for.

And of course that there is plenty of drama and on-screen chemistry with the will-they-wont-they playing out to the end.

Overall, if you like period dramas – think Bridgerton, Emma, and Pride & Prejudice – then you will love Persuasion.

Principal photography for the movie began in May 2021.

By April 2022, Netflix had confirmed the release date for Persuasion which is July 15th 2022.

Creating a period drama of any kind requires a great cast who can fully embody the times that the film is set in.

Thankfully, Persuasion (Netflix) has done just that by casting the best in the business. 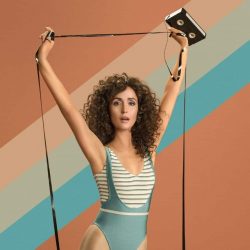