Pieces of Her follows Andy Oliver who's life is forever changed when she witnesses a mass shooting. But when her mother Laura saves the day and the footage goes viral, she must escape as her past comes back to haunt her. Starring Toni Collette.

Toni Collette is one of the most bankable actors in Hollywood today. From all the way back to Muriel's Wedding through to Unbelievable, anything she stars in is worth watching and Pieces of Her is no different.

So what is it all about? Pieces of Her is based on the 2018 thriller novel by New York Times bestselling author Karin Slaughter. Set in a sleepy Georgia town, it follows Andy Oliver as she celebrates her birthday at a local diner with her mother, Laura.

Moments later, she witnesses the unthinkable as a mass shooter enters the diner. After her mother attempts to stop a shooter from killing more victims, Andy notices that Laura (Toni Collette) has flipped the script and watches her violently dispose of the threat.

This random act of violence sets off an unexpected chain of events as video footage of the incident at the diner becomes a viral hit, exposing Laura's identity. Soon after, figures of her mother's past reappear and she is forced to go on the run.

Desperate for answers, Andy embarks on a dangerous journey to gather the pieces of her mother's past, on a journey to uncover her real identity but what other truths will she find?

Netflix Pieces of Her Release Date On

In February 2019, Netflix announced the production of the 8 episode tv series. Pieces of Her was created by Lesli Linka Glatter, Charlotte Stoudt and Bruna Papandrea.

Charlotte Stoudt is also credited as the writer and showrunner of the series. Minkie Spiro directed the entirety of the first season.

Netflix has since announced that Pieces of Her will be released on March 4, 2022.

Pieces of Her Cast

In February 2020, the first two cast members tied to this project were Toni Collette and Bella Heathcote who star in the two lead roles as Andy and her mother Laura Oliver.

Next up in May 2020, it was announced that David Wenham was cast but it wasn't until January 2021 that Jessica Barden, Joe Dempsie, Jacob Scipio, and Omari Hardwick joined the main cast. 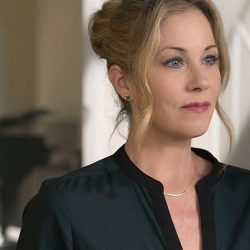