Pistol is Danny Boyle’s series charting the short-lived rise and fall of the Sex Pistols and plays out much as you would expect from a typical rock biopic. Great performances and interesting to watch.

“Sexy assassins,” is hardly a phrase that leaps to mind when thinking about the spotty, spitting and sneering punk explosion of the late 1970s. Yet according to Pistol, Danny Boyle’s six part show charting the short lived rise and fall of the Sex Pistols, this was the greeting of choice used by band manager and shock factor extraordinaire, Malcolm McLaren.

Indeed, Pistol does sneak up on you from behind…

The career of the Sex Pistols has not suffered for lack of coverage. There is already a dearth of material out there examining every aspect of the cultural phenomenon they ignited.

Guitarist Steve Jones’ book Lonely Boy forms the basis for this series as Jones (Toby Wallace) is placed front and centre whilst Boyle chugs some directorial ‘black beauty’ pills and shoots the whole affair up with smeared energy.

This approach does take some getting used to. Boyle stamps an identity on Pistol by frequent use of intercut period appropriate footage (albeit sparingly of the actual band) as well as split screens and the odd occasional Matrix style slow-mo rotation (no, really).

As we spend the first episode getting to know Jones and bassist Glen Matlock (Christian Lees) as an early emotional core, Boyle’s in-your-face approach can be off-putting; comparable to the band itself, one suspects.

Yet despite a crash course in punk beginnings which quick steps to get a bunch of stuff out of the way, Pistol settles in with an admirable verisimilitude buoyed by excellent casting.

A pre-Pretenders Chrissie Hynde, as someone who frequented McLaren and Vivveine Westwood’s Chelsea ‘SEX’ fashion boutique, was in the midst of the punk explosion and, as played by Sydney Chandler, she delivers an outstanding concoction of vulnerability and defiance.

In comparison, Wallace admirably humanises Jones, considering the character spends most of his time shagging, swearing, and avoiding difficult decisions.

Jones’ pusillanimous nature in the show draws heavily from the detailed coverage of his early years from his book, including his victimhood of sexual abuse.

Is Pistol Worth Watching?

Wallace and Chandler ensure that the unlikely friendship of their counterparts is utterly believable and their scenes together sparkle each and every time.

Last tip goes to Anson Boon who ensures that the notoriously divisive Johnny Rotten veers just clear of larger than life impression; Boon keeps the mad eyes drawl but crafts in some lonely levity to the man to sell it.

The rest of the series plays out much as you would expect from a typical rock biopic, especially one covering a period so heavily reported on elsewhere.

It’s fun to be swept up with the highs knowing full well that when ‘looks great but can’t play’ Sid Vicious (Louis Partridge) is drafted in to the band then the wheels will soon come off.

Boyle blows Pistol into its own bubble, as if they were the only punk band that existed. Any wider context is ditched (don’t expect to see The Clash at any point) bar some careful explanation of Westwood’s use of Nazi imagery to ignite reactions.

Pistol is a success insofar as it crafts believable and engaging characters. That it ignores the wider legacy and context of their era is excusable because spending time with these people within their (spit) bubble is entertaining.

It can even be forgiven for the choice to pull back from the painful destruction of the band on their disastrous 1978 US tour to close on a conciliatory hallucination and balm-like memory of happier times.

Lonely Boy or not, there is fun to be had with six episodes spent with Jones and his carefully curated memories. 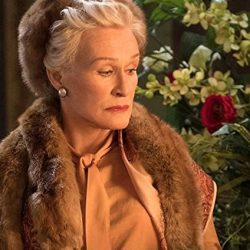