Purple Hearts follows army trainee Luke and struggling singer Cassie as they agree to marry for the military benefits. But pretending their fake marriage is real is more challenging than either of them thought it would be.

By now we all know that streaming platforms love nothing more than adapting a best-selling book and next for the makeover treatment is Purple Hearts.

Based on the novel by Tess Wakefield, Purple Hearts stars Nicholas Galitzine and Sofia Carson (The Descendants) as Luke Morrow and Cassie Salazar.

The unlikely couple couldn’t be more different. Cassie works nights at a bar in Austin while pursuing her dream of becoming a singer/songwriter.

Luke is an Army trainee, about to ship out for duty but when they meet at Cassie’s bar, it changes the course of both their lives forever.

Cassie is drowning in medical bills after being diagnosed with diabetes. So she turns to her old friend Frankie, now enlisted in the Army, with a deal. She’ll marry him in exchange for better medical insurance and they can split the increased paycheck that comes with having a “family.”

Frankie turns her down but that's when Luke volunteers to marry Cassie instead.

Of course, Purple Hearts is a love story, so as Cassie and Luke set aside their differences to make it look like a real marriage, they actually begin to fall for each other.

But when things take a dramatic turn and tragedy strikes the line between real and fake gets blurred.

So will Cassie and Luke step up and really make it work or will they just crumble?

Is Purple Hearts Worth Watching?

Purple Hearts is very much a romantic drama. The concept is easy to wrap your head around – she needs better medical insurance, and he needs to get married.

They do a deal and marry solely for the benefits. But somewhere along the way they slowly evolve into a couple that genuinely loves each other.

In terms of movies, it's heartfelt and believable and along the lines of a Nicholas Sparks movie, like The Longest Ride.

Basically, that means nothing in their lives is going to go smoothly. In fact, if anything there are too many obstacles for this couple to overcome.

Purple Hearts is one of those nice, sweet movies but will it win any awards? Probably not.

If you love a solid romance flick then Purple Hearts is for you.

Netflix announced that the movie would premier on the streaming platform on July 29th 2022 so you can watch it from then.

Purple Hearts is directed by Elizabeth Allen Rosenbaum and was written by Sofia Carson, Liz Garcia and Kyle Jarrow.

Nicholas Galitzine as Luke, a troubled Marine who agrees to marry Cassie

Sofia Carson as Cassie, a struggling singer-songwriter who marries Luke for military benefits. 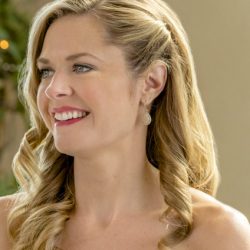 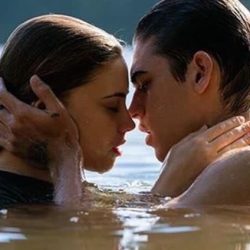