Based on the horror franchise, Resident Evil follows Jade in a post-apocalyptic world where only 15 million humans remain, with over 6 billion animals and people infected with the T-virus i.e. zombies.

Let’s talk about realism. Specifically: character realism. We can sink our teeth into superheroes, space travel, ghosts and ghouls, and legions of the undead so long as we believe why characters do what they do, even if it is objectively a bad decision. Resident Evil, a new 8-part series based on the long running video game franchise, treats realism like an infected limb to be hacked off lest your eye be drawn to it.

The Resident Evil franchise is so long-running (we are at double digits of games, a handful of films, an animated series, and the recent rebooted Welcome to Racoon City movie) that you can take your pick as to what medium you want to consume.

Yet if The Walking Dead has taught us anything, it’s that there is potential for creeping dread within a series that movies oft can’t make the time for. On paper, the frequently campy body horror blend that is Resident Evil should have mutated nicely into the provided space.

What Is Resident Evil About?

Split between 2022 and an apocalyptic 2036, Resident Evil focuses on the trials and tribulations of Jade Wesker (Tamara Smart for her teenage self and Ella Balinska as an adult).

As a teenager she is sullen after being uprooted to live in New Racoon City together with her non-identical twin Billie (Adeline Rudolph in 2022 and Siena Agudong in 2036).

Their father, Albert (Lance Reddick, Bosch) has important research to do at Umbrella Corporation with the launch of new anti-depressant drug ‘Joy’ imminent.

Yet in 2036 the world is crawling with infected ‘Zeros’, and an adult Jade battles to protect her family whilst she researches any possible cure.

These plot lines dovetail into stylistic moods for pacing purposes. Adult Jade is constantly fighting for her life or hiding from the still powerful Umbrella, whilst the young Jade and Billie slowly uncover truths about their father and their lives amidst teenage angst, rampant conspiracy, and the after-effects of Billie being bitten by a horribly decaying dog.

I mentioned before that the Resident Evil franchise has frequently skirted with camp thanks to the original game paying deep homage to classic B movie fodder. This series mostly plays it straight which gets draining once we are a few episodes deep.

Adult Jade has a young daughter to get back to and her battles through a devastated landscape clumped with warring human clans is action packed. Yet whilst her exhaustion bleeds out of the screen, teenage Jade and Billie take an age to make any progress towards what we already know to be a doom-addled future.

The 2022 parts are definitely the anchor slowing Resident Evil down. It is hard to warm to teenage Jade as she spits abuse and attitude constantly to all and sundry, none more so than her frequently very reasonable father.

As I stated at the top of this review, fantastical plotting is fine if we buy the motivations of the characters. By pitching teenage Jade so over the top the series undermines the sympathy we are supposed to feel for her as the secrets of the Wesker family dribble out.

The emotional core of the show is clearly supposed to be the oft fractious relationship between Jade and Billie and the 2022 sections labour this point to the extent that you can feel yourself being yanked along the scripted plot arcs, rather than following in the wake of characters to care about.

Billie’s dog bite slowly causes her to break out in hallucinations and violent outbursts, yet by placing the bite straight up in episode 1, the series really struggles to maintain a consistent dread about Billie’s condition, especially as it worsens or improves on an apparent whim.

Is Resident Evil Worth Watching?

The series fares much better when adult Jade is freewheeling from crisis to crisis. The ‘zeros’ are of your ‘fast running infected’ fare rather than shuffling zombies.

The big moments come more from one and done nasties: a huge mutated spider; the lethal ‘lickers’; and flickeringly intelligent zero ‘Queen’ to name a few. It’s deep into the series before Jade can take a breath.

From a spectacle perspective, Resident Evil overcomes it’s mid-season lull with an effective two pronged attack. Firstly, things go south for adult Jade (more on that in a minute) and secondly, the 2022 plot line discovers something more valuable than science: humour!

Lance Reddick is a much needed constant throughout the show and his chin clamping stoicism heightens all scenes he is in. Yet ‘Parasite’ (episode 7) abruptly leans into the knowingly silly side of Resident Evil and gives him licence to go all out.

It’s a shame this tone couldn’t have been more scattered throughout, but it certainly gives the last two episodes some much needed pep.

Unfortunately Resident Evil really struggles with its protagonist: Jade. Smart’s teenage angst is gruelling whilst Balinska’s script breaking idiocy undermines her character as an emotional lynchpin for the show.

Characters can make decisions that we the audience know will have terrible repercussions so long as we believe why they do so. Jade’s decision deep in the show to put a safe haven in clear danger due to nothing more than impatience (just give it two weeks, Jade!) means that when everything goes to hell we can only watch for spectacle, not engagement.

In amongst the lumpen gristle there are chunks of Resident Evil to enjoy. It would be a shame to give up during the halfway slog considering the gem that is the penultimate episode but I wouldn’t blame you if you did.

There is the high pitched whine of trying to capture a teenage demographic in this now 26 year old franchise, but written with the word ANGST and SISTERS stamped all over the script in place of actual engagement.

Resident Evil is far from a summary of zeros, but retooling any future, apocalyptic or not, will need more positive numbers to erupt from within. 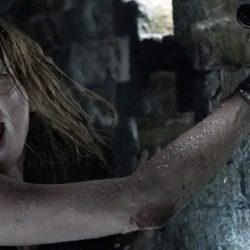 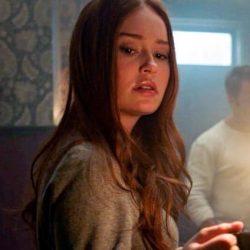 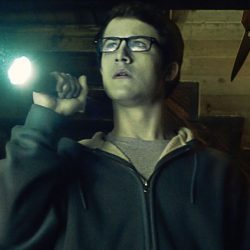