From Aardman Studios comes the fantastic Robin Robin, where little Robin is an adoptive member of the Mouse family who sneaks into houses and takes ‘only what they need’, lifting crumbs and other morsels of food. Great for kids and all the family.

In recent years, the many and various animated takes on Julia Donaldson’s children’s books have become the new Christmas special event to block out time for. Clearly eager to get in on the action, the delightful Aardman Animation studio, fresh from breaking long-standing ties to the BBC and now with Netflix backing under its belt, has produced a half-hour special called Robin Robin.

Although famous for Claymation (stop motion animation using clay figures), Robin Robin is a break from the usual Aardman norms by instead using felt as an animation medium. Not only that, but this feature is a musical of all things! Not less than five songs skitter about the house at night, transporting crumbs of catchy melody back home into your brain.

Plot-wise, Robin Robin is typical short and sweet storytelling. Robin (Bronte Carmichael) is an adoptive member of the Mouse family. After they discovered her egg, Mouse raised her as one of his own children and taught her the mouse way of survival: sneaking.

Together, the family sneak into houses and take ‘only what they need’, lifting crumbs and other morsels of food. Yet Robin wants to prove herself by taking a whole sandwich, and she isn’t anywhere near as sneaky as she thinks.

Cue a tale of wanting to belong, and a journey that loops you round from isolation back to the concept of an all-encompassing family yet again. This is warm, snuggly, cosy TV produced by experts in the animation craft.

Along the way, Robin meets a Christmas Star obsessed magpie (Richard E. Grant) and slinky mean old cat (Gillian Anderson). Both are perfectly voice cast (Anderson has form voicing a nasty animals thanks to Princess Mononoke) and throughout Robin Robin gentle skips over your festive delights by warming the cockles of the heart of all age groups.

The switch from clay to felt as a material is one that works incredibly well for a Christmas themed special as it fuzzes up the camera with a feeling of tactile warmth. Aardman’s usual diligence remains high, with the ‘hooman’ houses filled with scale-based shots that tower over our animal cast, and Magpie’s glittery home adorned with walls of dazzling shiny things. I went in expecting a treat for the eyes, and I got my wish.

Robin Robin apes the Julia Donaldson model with carefully masked clinical precision. Such craft is a testament to the artists involved. Indeed, Donaldson adaptions occasionally suffer from ‘celebrity bloat’ wherein a short children’s book needs to be padded out to fill a twenty-to-thirty-minute run time. Robin Robin uses its musical numbers wisely to ensure that everything is as tight as a walnut cracked in front of a fire. There is no flapping half-filled stocking here.

Aardman Animations are such a watermark of quality that one can feel quite sycophantic heaping yet more praise on them. Yet, Robin Robin is a departure for them in animation medium, presentation style, and content.

It is sweet without being syrupy; fun for the family without being segmented; and packed with juicy details tighter than a Christmas Pudding. Robin Robin is a delight to unwrap. 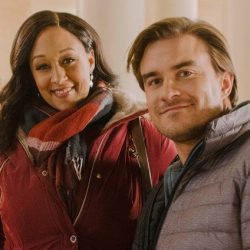